The Organ Mass – Part I 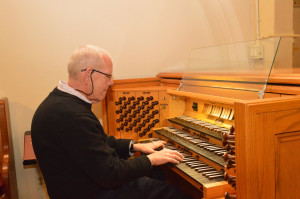 Italian and French Renaissance and Baroque composers often served as organist for Roman Catholic churches. In this role, they were expected to improvise at specific times during the Mass. The imporvisations were played: 1. In place of portions of the Mass that would normally be sung; 2. In alternation with the choir during those portions; 3. During portions of the Mass that might be spoken by priests and/or congregants. Some composers/organists (or scribes) wrote these improvisations down; eventually, they gathered these short movements (most often, but not always, based on Gregorian Chant) in liturgical order thus creating a “new” formal structure – the Organ Mass. The composers who developed this “form” most fully are the Italian Girolomo Frescobaldi (three Masses grouped together in Fiori Musicali) and the French composer Francois Couperin (two Masses – Mass for the Parish and Mass for the Convent). Bach knew these works and even copied one of Frescobaldi’s Masses “by hand”. Later – intrigued not only by the music itself but also by its function in the liturgy – he would compose two Catechism Masses (greater and lesser) based on Lutheran Chorales/Hymns intended to be played very much like their Roman counterparts. It is believed that he did, indeed, play both of these Masses during his time as cantor/organist at St. Thomas Church, Leipzig. 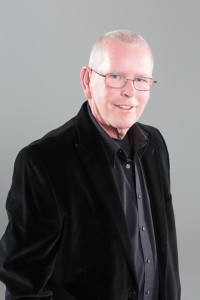 PHILIP MANWELL began his musical studies in his native Northern California. He was drawn to the organ by its tonal intensity and its enormous capabilities for musical expression. He studied with San Francisco organist Harold Mueller and played many recitals throughout California. He spent time in France studying with legendary musicians Marcel Dupre and Nadia Boulanger before settling in New York where he earned Bachelor’s and Master’s degrees at The Juilliard School of Music studying organ with Bronson Ragan, Vernon deTar, and Anthony Newman and theory, analysis, and research methodology with Jacob Druckman, Robert Starer, Otto Leuning, Roger Sessions, and Gustave Reese. While at Juilliard he received The Valentine Prize for organ performance, played on the dedicatory recital for the new Holtkamp organ in Paul Hall in the school’s then new Lincoln Center facility, and was asked   by Suzanne Bloch to play her father Ernest Bloch’s Six Preludes for Organ to help celebrate the presentation of one of the composer’s favorite Renaissance art pieces donated to the school and installed in the new Flentrop organ studio. Returning to California, he earned a Doctorate at The University of San Francisco.

As a solo recitalist and chamber musician, Dr. Manwell has played extensively throughout the United States and Europe including appearances with such collaborators as violinist Linda Fennimore, cellist Eric Edberg, oboist James Ostryniec, flutists Ann Sheedy and Yaada Weber, and organist/harpsichordist/pianist Beth Zucchino. He made LP recordings for the Nola, Musical Heritage Society, and Orion Master Recordings labels as well as broadcasts for NBC Radio, the BBC, Austrian National Radio, as well as a video of a live performance of musicologist/scholar Kerala Snyder’s edition of Scarlatti’s little known cantata The Martyrdom of Saint Ursula which he prepared and conducted for Maryland Public Broadcasting

As a church musician, he has held posts on both coasts including Church of the Good Shepherd and Church of the Holy Trinity in New York City (where he introduced regular Sunday afternoon recitals and concerts) and First Presbyterian Church, Oakland and Saint Francis’ Episcopal Church in San Francisco. He was artistic director and conductor of The South Bergen Oratorio Society in New Jersey – for which he composed Mass (a piece combining traditional liturgical passages with Buddhist texts) for chorus, soloists, and piano – and The Valley Choral Society in California. He led this group’s first concert tour to England and Wales.

For nearly twenty-five years, Dr. Manwell was Professor and Chair of Humanities and, subsequently, Dean of Arts and Letters at Las Positas College in Livermore, CA where he developed new and expanded curriculum and taught courses that explored the intersection of music with other art forms – literature, poetry, theater, film, visual art and design, etc. The lectures and workshops in which he discussed mythology – especially “the artist as hero” – (inspired by his friendship with Joseph Campbell and his wife – dancer/choreographer Jean Erdman) were extremely popular. He has made presentations at a number of professional conferences and conventions including The Popular Culture Association, The National Association for Multicultural Education, The National Association for Ethnic Studies, and The National Conference on Race and Ethnicity in American Higher Education.

Praised by critics and audiences alike for his “unassuming yet commanding stage presence”, his “seemingly effortless technical facility”, and his “deep immersion into the thought, craftsmanship, and ultimate creation of the literature he plays”, Dr. Manwell has performed the complete organ works of Bach in nine recitals on two occasions, as well as the complete works of Buxtehude, Brahms, Schumann, Mendelssohn, and Franck. Additionally, he has played Frescobaldi’s Fiori Musicali and Couperin’s two Organ Masses in single recitals. He enjoys including works by more contemporary composers – Dupre, Langlais, Messiaen, Hindemith, et al – and endeavors to build programs that demonstrate connections between and among composers… their lives and the influences of the times in which they lived.

Dr. Manwell lives in Reno, Nevada – where he is currently Organist and Director of Music at historic Trinity Episcopal Church and a member of the applied music faculty at the University of Nevada, Reno. For the 2015 through 2017 concert seasons, he is offering presenters recitals and/or workshop/masterclasses on all, portions, or a combination of the following:

Philip Manwell is on the roster of Concert Artist Cooperative, Sebastopol, California, and may be contacted at: manwellphilip@gmail.com or music2@trinityreno.org