Through tens of thousands of copies sold in multiple languages, Ross W. Duffin’s book on historical tuning systems has established him as a leading expert on this important but oft-neglected or misunderstood aspect of historical performance. With the help of his graduate students from Case Western Reserve University, Duffin will briefly explain and demonstrate tuning systems from the late Middle Ages to the late 18th century, in an attempt to show how beautiful, colorful, and effective these systems can be in their respective repertoires.

Ross W. Duffin, Fynette H. Kulas Professor of Music, Case Western Reserve University author, How Equal Temperament Ruined Harmony (and why you should care) will be assisted by students in the CWRU Historical Performance Practice program. 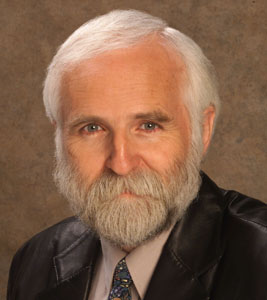 Ross W. Duffin was known for many years as the lively, informative host and producer of Micrologus: Exploring the World of Early Music, on National Public Radio from 1981-1998. A native of London, Canada, he received the Bachelor’s degree from the University of Western Ontario, then attended Stanford University for his Master’s and Doctorate. He is now Fynette H. Kulas Professor of Music at Case Western Reserve University. He chaired the Department there from 1996 to 1998 and continues to direct the undergraduate and graduate programs in early music. He has also taught and lectured at summer early music workshops in Toronto, Vancouver, Amherst MA, Washington DC, Oberlin, San Francisco and Los Angeles.

A winner of the prestigious Noah Greenberg Award from the American Musicological Society for work of benefit to both scholars and performers, Duffin served as founding Chair of the Committee on Early Music in Higher Education for Early Music America. His scholarly work includes articles in many major journals concerning music from the 13th to the 18th centuries, online articles on historical tuning systems, a catalog of musical subjects at the Cleveland Museum of Art, as well as editions of music from the 15th to the 17th centuries.

He served as editor of A Josquin Anthology for Oxford University Press (1999) and A Performer’s Guide to Medieval Music for Indiana University Press (2000). His Shakespeare’s Songbook, a study of the vocal music in Shakespeare’s plays, was published by W. W. Norton in 2004 and received the inaugural Claude V. Palisca Award from the American Musicological Society in 2005. Cantiones sacrae: Madrigalian Motets from Jacobean England, a reconstruction and edition of several Jacobean motets appeared from A-R Editions in 2005. His most recent book, How Equal Temperament Ruined Harmony (And Why You Should Care), was published by W. W. Norton in 2006. Current scholarly projects include the theoretical works of Thomas Ravenscroft and a follow-up to Shakespeare’s Songbook. Notable performance projects include the 1611 masque Oberon, the Faery Prince by Ben Jonson, and Handel’s Il Pastor fido, for which video performances he served as Executive Producer/Director.