The Parisian and the Dutch Master

Marin Marais (1656-1728) undisputed virtuoso of the viola da gamba wrote in addition to five books of music for one, two and three of that instrument, several operas and sacred works, a book that contains La Gamme, Sonnerie de Sainte-Geneviève du Mont de Paris, and La Sonata Maresienne, and a book entitled, Pieces en trio pour les flutes, violon, et dessus de viole.  It is from this, and books 1 and 4 that we will play, in addition to selections from Tyd en Konst-Oeffeningen, Op.2 by the great Dutch master of the viola da gamba Johannes Schenck (1660-1712). There will be other works TBD. The voluminous music of Schenck is characterized by a synthesis of French, German, and Italian styles. 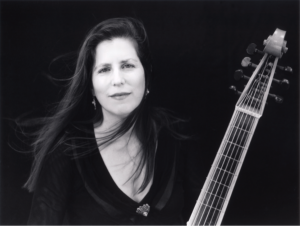 Amy Brodo (cello and gamba) performed for many years in Italy, Israel, and England before moving to San Francisco, with positions including assistant principal cellist of the Orchestra del Maggio Musicale Fiorentino in Italy, and cellist with the Israel Philharmonic Orchestra. As a freelancer in Europe, she performed with Andrew Parrott and the Taverner Players, the Norskbarok Orchester, the Hanover Band, the Royal Philharmonic, D’Oyly Cart Opera, and the City of Valencia Symphonic Orchestra. In the Bay Area, Ms. Brodo has performed on viola da gamba and Baroque cello with groups that include Lux Musica, Sex Chordae Consort of Viols, Magnificat Baroque Orchestra, American Bach Soloists, El Mundo, Musica Angelica, Archetti and Albany Consort. She has performed at Festivals such as the Santa Cruz Baroque, Berkeley Early Music, the Beaunne, France, and the San Luis Obispo Mozart and has recorded for CDI, Centaur, Sony, Golden Horn, Koch, Helicon, Kleos, MRS, and New Albion. Amy plays principal cello with Festival and Livermore Opera Companies, and gives several recitals and chamber music concerts. She was Music Director of the Junior Bach Festival. Ms. Brodo is an active teacher, and a board member of the Berkeley Piano Club, and judges competitions and is a member of the new piano quartet with voice, Persephone Chamber Ensemble. 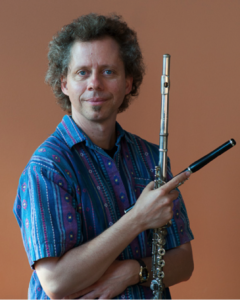 Lars Johannesson, flutist, is an active performer and teacher in the San Francisco and Monterey Bay areas. Lars studied modern flute with Lloyd Gowen and Tim Day at the San Francisco Conservatory of Music, where he also began playing Baroque flute. He pursued post-graduate studies in Baroque flute with Wilbert Hazelzet at the Royal Conservatory in The Hague, Holland. 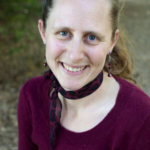 Alissa Roedig is a flutist performing on historic and modern flutes. Originally from Germany, she came to the United States to study at Cornell University completing a B.A. in Music, and then earned her M.A. in music from the University of California, Santa Cruz, with a focus on performance practice. Her masters thesis and recital presented a comparative study of improvisation practices on the transverse flute in different musical cultures. Since then she has concentrated her performance activities on the baroque flute and has twice participated in the American Bach Soloists Academy. As a free-lance musician Alissa performs regularly with ensembles in the Bay Area and has played for Albany Consort, the Cabrillo Symphonic Chorus, the California Bach Society, Jubilate, New Music Works, the San Jose Symphonic Choir, the SC Baroque Festival, SC Chamber Players, the Southern Oregon Repertory Singers, and others. Alissa also teaches music at the German International School of Silicon Valley.

Composer and performer on the viola da gamba, Roy Whelden has been called “a key figure in the world of new music” (Early Music America). He has been profiled as a composer and gambist on Minnesota Public Radio. He has made many recordings including the award winning Shock of the Old, and Galax – music for viola da gamba (New Albion 059) as well as Like a Passing River (New Albion 072). (These are available on iTunes and Amazon.com.) He has performed and recorded with many internationally known ensembles, including Sequentia, American Baroque and Ensemble Alcatraz. 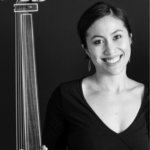 Guitarist and lutenist Tatiana Senderowicz is a solo and chamber musician who has performed a wide variety of repertoire. She is a member of the Pacific Guitar Ensemble, a plucked-string ensemble founded by David Tanenbaum and Peppino D’Agostino. She performed at Davies Symphony Hall as a soloist and alongside the San Francisco Symphony Women’s Chorus at the Dia de los Muertos Community Concert. Tatiana also performed on guitar and electric bass in the American premiere of Opera Parallèle’s production of Tarik O’Regan’s opera Heart of Darkness.

With the San Francisco Conservatory Baroque Ensemble she has played theorbo and baroque guitar in productions of Monteverdi’s L’incoronazione di Poppea, Purcell’s Fairy Queen, Handel’s Alcina and Serse and in various other chamber projects under the direction of Corey Jamason and Elisabeth Reed. She is also a member of Liaison, an all-female early music ensemble based in San Francisco. Senderowicz studied with Larry Ferrara and David Tanenbaum at the San Francisco Conservatory where she earned both her Bachelor and Master of Music degrees with a Secondary Emphasis on Historical Plucked Strings.