A co-presentation of The Westfield Center for Historical Keyboard Studies 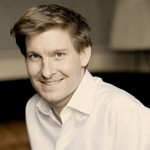 The winner of numerous honors and awards, and described as “Mozart Reincarnated,” Kristian Bezuidenhout is one of the most important keyboard artists of his generation. His West Coast debut at BFX 2014 was a revelation, both into Classical keyboard music and into the fortepiano as a means of interpreting it. Don’t miss this chance to hear him again, live.

Kristian Bezuidenhout was born in South Africa in 1979. He began his studies in Australia, completed them at the Eastman School of Music and now lives in London. After initial training as a modern pianist with Rebecca Penneys, he explored early keyboards, studying harpsichord with Arthur Haas, fortepiano with Malcolm Bilson and continuo playing and performance practice with Paul O’Dette. Bezuidenhout first gained international recognition at the age of 21 after winning the prestigious first prize as well as the audience prize in the Bruges Fortepiano Competition.

Since 2009, Bezuidenhout has embarked on a long-term recording relationship with Harmonia Mundi. Recordings include Mozart Violin Sonatas with Petra Müllejans, and Volumes 1, 2, 3 & 4 of the complete keyboard music of Mozart (Volume 1 was awarded a Diapason Découverte and Caecilia Prize and Volume 3 was recently awarded the German Preis der deutschen Schallplattenkritik). Other projects for Harmonia Mundi include Mendelssohn piano concertos with the Freiburg Baroque Orchestra and Schumann Dichterliebe with Mark Padmore – both recordings won the Edison Award. His recording of Beethoven violin sonatas with Viktoria Mullova (ONYX label) won an ICMA and an ECHO Klassik award for the best chamber music album of 2011.

Bezuidenhout was awarded the ECHO Klassik 2013 Award for Concerto Recording of the Year (Mozart Concertos with the Freiburg Baroque Orchestra) and nominated as Gramophone Magazine’s Artist of the Year 2013. Concerts in the 2013-14 season include appearances with the Mozarteum Orchester Salzburg, the Freiburg Baroque Orchestra, the Rotterdam Philharmonic and Arcangelo at the Tetbury Festival, as well as a play-direct programme with Tafelmusik. Recitals include Zankel Hall New York, Wigmore Hall London, Konzerthaus Berlin, Palau de la Musica Catalana Barcelona, Auditorium du Louvre Paris, and Oji Hall Tokyo, and the complete Mozart Sonatas at the Mozart Woche.