The Art of the Baroque Violin 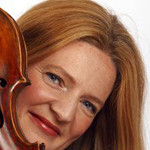 Described as “the Queen of the Baroque Violin,” Rachel Podger joins internationally renowned Early Music ensemble Voices of Music for an evening of dazzling baroque violin concertos by J.S. Bach and Vivaldi. Directed by Hanneke van Proosdij and David Tayler, Voices of Music is currently one of the most popular music ensembles in the world, with an online audience of more than twenty million viewers. Highlights of the concert will include the Bach concerto for two violins, with local favorite Elizabeth Blumenstock joining Rachel for a splendid pas de deux, as well as Brandenburg concerto No. 4, performed with Bach’s unique instrumentation of strings and two “fiauti d’echo,” or “echo flutes.” Rounding out the program are Vivaldi’s recorder concerto in C Major and the complex and innovative concerto in D Major from Vivaldi’s “La Stravaganza.” 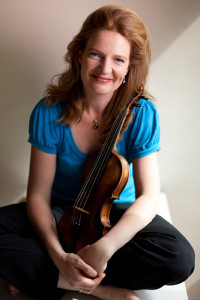 of the Baroque and Classical periods and has recently been described as “the queen of the baroque violin” (Sunday Times). In October 2015 Rachel was the first woman to be awarded the prestigious Royal Academy of Music/Kohn Foundation Bach Prize. She was educated in Germany and in England at the Guildhall School of Music and Drama, where she studied with David Takeno and Micaela Comberti.

Rachel has enjoyed countless collaborations as director and soloist with orchestras all over the world. Highlights include  Arte dei Suonatori (Poland), The Academy of Ancient Music, The European Union Baroque Orchestra, Holland Baroque Society, Philharmonia Baroque Orchestra, Tafelmusik (Toronto), The Palladian Ensemble, Florilegium, The English Concert and The Orchestra of the Age of Enlightenment. Rachel has also collaborated, toured and recorded extensively with fortepianist Gary Cooper. She is resident artist at Kings Place for their 2016 season titled Baroque Unwrapped.

Rachel records exclusively for Channel Classics and has won numerous awards including a Baroque Instrumental Gramophone Award for La Stravaganza (2003), the Diapason d’Or de l’année in the Baroque Ensemble category for her recording of the La Cetra Vivaldi concertos with Holland Baroque (2012), a BBC Music Magazine award in the instrumental category for Guardian Angel (2014), and multiple Diapasons d’Or. The complete Vivaldi L’Estro Armonico concertos, was released in 2015 with her own ensemble Brecon Baroque and has received critical acclaim. In Autumn 2015 celebrations for Rachel’s twenty-fifth disc release, Rosary Sonatas: Heinrich Ignaz Franz von Biber, coincided with Channel Classics twenty-fifth anniversary.

Rachel is founder and Artistic Director of the Brecon Baroque Festival, an annual four-day event bringing top-flight period musicians to the Brecon Beacons. She is an honorary member of both the Royal Academy of Music, where she holds the Micaela Comberti Chair for Baroque Violin (founded in 2008), and the Royal Welsh College of Music and Drama, where she holds the Jane Hodge Foundation International Chair in Baroque Violin.

Voices of Music, directed by David Tayler and Hanneke van Proosdij, is hailed for its 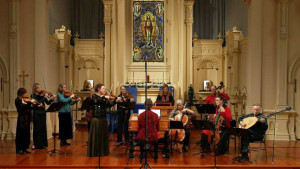 passion, artistry and technical brilliance. Featuring the best performers in Early Music, the ensemble is dedicated to the idea of the importance of the individual voices of the musicians in performance. Voices of Music is an affiliate of the San Francisco Early Music Society.

Voices of Music offers a Concerts Series with concerts in Palo Alto, San Francisco and Albany. In addition to the Concert Series, Voices of Music sponsors the Young Artist Recitals, which are specifically designed to work with the next generation of singers and musicians.

Voices of Music has more than twenty million online viewers for our High Definition Videos; these concert videos are introducing a worldwide audience to Early Music performance. The educational impact of these videos is elemental, as they reach people in areas with limited access to classical music events.