Circa 1680: Music of Purcell, Muffatt, Corelli, and Lully

Virtuosic and passionate chamber music from the late 17th century by students of the Juilliard Historical Performance program, led by director Robert Mealy. 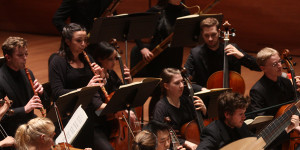 Since its founding in 2009, Juilliard415, the school’s principal period-instrument ensemble, has made significant contributions to musical life in New York and beyond, bringing major figures in the field of early music to lead performances of both rare and canonical works of the 17th and 18th centuries. Among the many distinguished guests who have led Juilliard415 are Masaaki Suzuki, Ton Koopman, Harry Bicket, Nicholas McGegan, the late Christopher Hogwood, and Monica Huggett. In 2011 the ensemble made its Carnegie Hall debut in a concert that was cited as one of the ten best of the season by The New York Times. A 2012 performance of Handel’s Il Trionfo del Tempo under the baton of William Christie earned this same distinction.

Juilliard415 tours extensively in the U.S. and abroad, with notable appearances at the Boston Early Music Festival, the Leipzig Bachfest, and the Utrecht Early Music Festival, where Juilliard was the first-ever conservatory-in-residence. With its frequent musical collaborator, the Yale Institute of Sacred Music, Juilliard415 has performed throughout Italy, Japan, Southeast Asia, and the United Kingdom.

Other recent milestones include a fully staged production of Handel’s Radamisto; a tour of Charpentier’s Actéon with William Christie; concerts in New York and Miami of incidental music to Shakespeare plays in collaboration with the Juilliard Drama Division, conducted by Jordi Savall; and the rare opportunity to hear both Bach Passions in successive months.
Members of Juilliard415 have been to Germany for concerts in Augsburg and Munich with the Leopold-Mozart-Zentrum, and they maintain a keynote presence at William Christie’s annual summer festival Rencontres musicales en Vendée, where the ensemble has appeared since the festival’s founding in 2012.

The 2014–15 season brought return visits from William Christie for Handel’s La resurrezione, Robert Mealy in a program of virtuoso Italian Baroque music, Monica Huggett in an all-Beethoven program, and Jordi Savall directing a themed concert called Amid the Charms of Nature, as well as debuts from Kristian Bezuidenhout and British violinist Rachel Podger, and an historic collaboration among the Metropolitan Opera’s Lindemann Young Artist Program, Juilliard’s Marcus Institute for Vocal Arts, and Juilliard415 for performances of Gluck’s Iphigénie en Aulide, Jane Glover conducting.

During the 2015–16 season, Juilliard415 gives concerts in Vancouver and the Bay Area with Nicholas McGegan; in Portland, OR and New Haven with the Yale Schola Cantorum, David Hill conducting; welcomes Lars Ulrik Mortensen for his Juilliard debut; collaborates with the Marcus Institute in a staged production of Cavalli’s La Calisto; expands its repertoire by playing Mendelssohn with Monica Huggett; features Juilliard dancers in a concert entitled Terpsichore, led by Robert Mealy; and celebrates the holidays with Bach’s Magnificat and conductor Richard Egarr. Other esteemed guests include William Christie, Jordi Savall, and Masaaki Suzuki. 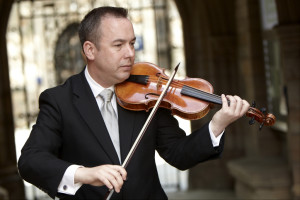 One of America’s most prominent historical string players, Robert Mealy has recorded and toured a wide variety of repertoire with many distinguished ensembles both here and in Europe, including Les Arts Florissants, Tafelmusik, Sequentia, the Boston Camerata, the American Bach Soloists, and many others. Mr. Mealy is principal concertmaster at Trinity Wall Street and the Orchestra Director of the Boston Early Music Festival Orchestra; he recently received a Grammy for his work with BEMF. Committed to education as well as performing, he directs Juilliard’s distinguished Historical Performance Program. From 2003 to 2015, he taught at Yale, directing the postgraduate Yale Baroque Ensemble and the Yale Collegium Musicum. Prior to that, he taught at Harvard for over a decade, where he founded the Harvard Baroque Chamber Orchestra. In 2004, he received EMA’s Binkley Award for outstanding teaching and scholarship. He has recorded over 80 CDs on most major labels.