The Berlin School Sonatas For Viola(s) da gamba and Continuo

Although throughout the centuries the city of Berlin has been a strong cultural center, the arts began to flourish anew with the accession to the throne of Frederick the Great in 1740.

At the same time the popularity of the viola da gamba, the king of instruments in France was beginning to wane, and we have decided to present to you some of the last wonderful, virtuosic, colorful pieces of music composed by the excellent composers of the court of Frederick the Great. These members of the Kapelle, paved the way for the Sturm und Drang compositions of the 1770s and onward.

Adam Young, viola da gamba:
J. Adam Young, is a pianist, baroque cellist, and gambist. Mr. Young believes art and music must be approached from a myriad of aspects and pursuit of those concepts absorbs the major focus of Adam’s life. He is currently pursuing his Bachelor Degree in Music for Cello Performance under the direction of Jean-Michel Fonteneau at the San Francisco Conservatory of Music. Mr. Young is the Cello Street Quartet’s main arranger, and is a specialist in harmony, counterpoint, and accompaniment. Mr. Young often performs for free in public spaces around the Bay Area and avidly enjoys broadening the audience of classical and baroque music.As a viola da gambist, he was invited to perform and study at festivals including American Bach Soloists, Conclave of Viola da Gamba Society of America, and Early Music Vancouver. Under the guidance of Elisabeth Reed, Corey Jamason, and Jean-Michel Fonteneau, Mr. Young anticipates a Bachelor’s Degree in Cello Performance with an emphasis in baroque music. 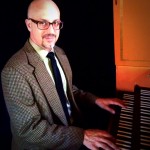 Bay Area trained early musician Andrew Canepa works within an exciting early music community in the Bay Area, performing music from the medieval to the classical period as a conductor, harpsichordist, organist, percussionist and pianist. Graduating at  at the top of his  class from the University of Colorado in Boulder with  Bachelor of Music and  Master of Music Degrees in piano performance, Maestro Canepa  soon after moved to San Francisco to further his   studies in keyboard technique, and to begin studies in conducting with Charlene Archibeque at San Jose State, and  Marika Kuzma at University of California, Berkeley; at the same time, he began studying vocal  technique with Susan Gundunas. It was in the Bay Area that he discovered  the fascinating world of early music and began acquiring  knowledge of the period with medieval and renaissance percussionist   Peter Maund. Ever eager to expand his store of knowledge,   he  continues to explore the intricacies of the period,  especially early keyboard techniques, under the tutelage  of harpsichord and organ Maestra,  Hanneke Van Proosdij, and is becoming an expert in the Taubman keyboard technique, studying with both Marc Steiner and John Bloomfield.

Keen to utilize this vast body of accumulated knowledge, M. Canepa  enthusiastically conducts a wide variety of talented Bay Area musicians, and performs harpsichord and organ continuo in a number of early music ensembles.   In addition to his peripatetic performing schedule, Msto. Canepa holds a full time position  as Director of Music Ministry at St Mary Magdalen Church, where over the last ten years he   has built a vibrant and exciting sacred early music program to the delight of  congregates and staff alike. In addition to performing,  Msto. Canepa continues his vocal studies with vocal teacher Amisano,  is building an exciting studio of piano students, and coaches singers and chamber ensembles from throughout Bay Area. 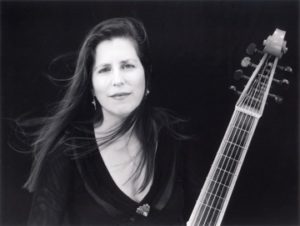 Amy Brodo (cello and gamba) after graduating from the Curtis Institute of Music performed for many years in Italy, Israel, and England before moving to San Francisco, with positions including assistant principal cellist of the Orchestra del Maggio Musicale Fiorentino in Italy, and cellist with the Israel Philharmonic Orchestra. As a freelancer in Europe, she performed with Andrew Parrott and the Taverner Players, the Norskbarok Orchester, and the Hanover Band, the Royal Philharmonic, D’Oyly Cart Opera, and the City of Valencia Symphonic Orchestra. In the Bay Area, Ms. Brodo has performed on viola da gamba and Baroque cello with groups that include Lux Musica, Sex Chordae Consort of Viols, Magnificat Baroque Orchestra, American Bach Soloists, El Mundo, I Favoriti, Musica Angelica, Archetti and the Albany Consort. She has performed at Festivals such as the Santa Cruz Baroque, Berkeley Early Music, the Beaunne, France, and the San Luis Obispo Mozart and has recorded for CDI, Centaur, Sony, DDG, Koch, Helicon, Kleos, MRS, and New Albion. She is a founding member of Harmonia Felice. Ms Brodo performs with many groups on modern cello including West Edge Opera and Livermore Opera Company, as well as gives several recitals and chamber music concerts, was Music Director and President of the Junior Bach Festival. Ms. Brodo is an active teacher, a board member of the Berkeley Piano Club and a member of Music Teachers Association of California.  She also adjudicates competitions such as Junior Bach and the U.S. Open Competition. 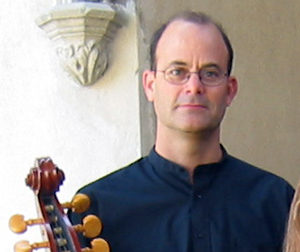 Farley Pearce is a San Francisco freelance musician who plays cello, viols, violone, and contrabass. He has played with the baroque orchestras of Vancouver, Portland, San Francisco, and Los Angeles, and is a member of the Voices of Music ensemble and the Sex Chordae Consort of Viols. He also has appeared with ABS, Archetti, Magnificat!, Musica Pacifica, Marin Baroque, and the Albany Consort, as well as symphony orchestras in the Bay Area. His frequent recitals have featured old and new music for period contrabass as well as late 18th century music for viol and fortepiano. He also performs often on the church bass, most recently on a Music Sources program with Sigiswald Kuijken.