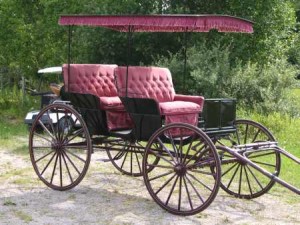 Fringe with a surrey underneath
(historically informed transportation)

One of the most exciting components of every Berkeley Festival is the Fringe—that superfluity of self-produced concerts by ensembles and solo artists from near and far that spring up like wildflowers around our Main Stages every two years. The Fringe established itself at the first Festival in 1990 and never has lost its edge or importance. It remains as crucial to the success and survival of BFX as any of the brilliant Main Stage concerts that deservedly draw praise from press and patrons. Those of us who have followed BFX from its inception will remember 2004, when the state of California was in deep financial crisis and Cal Performances lost the funding necessary for sponsorship. Without its principal underwriter, the Festival nearly died. It was the groundswell of support from Fringe artists and their audience, as well as the intervention of SFEMS, EMA, and a few other national service organizations such as The American Recorder Society and Western Early Keyboard Association, which kept this beloved celebration alive. 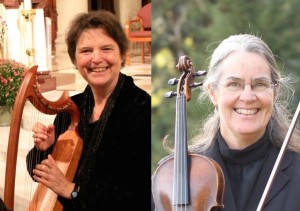 The Fringe always has been the people’s festival—a place for early-music lovers of all kinds to share, and share IN the music they love. In doing so they affirm the inherent accessibility and participatory nature of early music, as well as the seminal and ongoing contribution grass-roots activism has made to its rediscovery and popularity. Old friends from near and far gather in Berkeley, not just to attend Festival concerts, but to perform with one another and to hear their friends perform. Community-based groups, from the Barbary Coast Recorder Orchestra to Berkeley Baroque Strings, share their accomplishments. Some groups go so far as to share the joy of music making itself, such as the San Francisco Bach Choir, who will be hosting a Tuesday-morning Sing-In of Renaissance and baroque favorites. Local musicians who rarely perform because of heavy day jobs come out of “retirement” to give concerts. This is a different ethos from that espoused by our friends at the Boston Early Music Festival, where even so-called Fringe concerts are carefully auditioned. Such vetting is still abhorrent here on the Left Coast; may it always remain so. 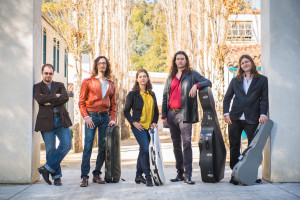 The Fringe is a place for experimentation, for taking risks, and for discovery—whether of new repertory, new artists, new instruments, or new interpretations. A quick perusal of the calendar will reveal any number of performers, including some of the most distinguished, who have put together innovative programs or thrown unusual twists on deceptively familiar repertory or composers. A hallmark of the early music scene has been the willingness of our artists to move back and forth between ensembles and musical projects, and this year’s Fringe will showcase many of the Bay Area’s core of historical performers (David Morris, Maria Caswell, Yuko Tanaka, Farley Pearce, and Katherine Heater, to name a few) playing in various combinations, when they’re not performing on the main stage with their regular ensembles.

The Fringe also offers more chances to hear the next generation of artists, often at the most exciting times in their careers, as they experiment in new groups, singing and playing with tremendous enthusiasm and excitement. Even with the offerings of EMA’s Young Performers Festival, not to mention the Davis High School Baroque Orchestra, there is so much more of their boundless energy to be captured. Some of these newer ensembles, like Agave Baroque, are now well established parts of the Bay Area’s early music scene. MUSA, the dynamic young group that grew out of ensembles at the San Francisco Conservatory and performed on the Young Performers series at the last Festival, will be back with both a chamber and an orchestral program. Nash Baroque, another exciting young group from 2014, will be returning with a program of French baroque pastoral works, and a newly formed Classical quartet, The Sylvestris Quartet, will take on the music of Haydn and Spohr. 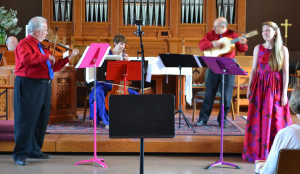 Once again, there even will be new music for historical instruments. The aforementioned MUSA continues their project of commissioning chamber works, one of which they will perform on their chamber program, and harpsichordist/composer Sheli Nan’s ensemble. Nuovo Barocco. will present her recently completed Oratorio for our Time—Last Stop Café.

To date, some forty Fringe performances have been confirmed, with more still being added. As usual, their musical compass spans the centuries, from the chant of Hildegard and medieval motets through masterpieces of baroque and Classical repertory, to the present day.

While fringe concerts are self-produced, SFEMS has provided some broad guidelines as well as organizational and administrative services that help both performer/presenters and audiences get the most out of the rich and diverse musical experiences they offer. Fringe venues—mostly located in the South Campus area in Berkeley—are near our Main Stage events, the majority within a block or two, allowing an easy stroll from one concert to another. These are small, some quite intimate settings, which guarantee excellent sound and sight; the concerts themselves are usually short, usually an hour or less, and ticket prices are accordingly modest; All are scheduled so as not to conflict with Main Stage events.

Over the years the Berkeley Festival has brought to the Bay Area some of the world’s greatest artists and exponents of historical performance. Through its many legendary concerts, including more than a few modern premieres of great music, it has shown the world the best of what early music can be. The Fringe shows us something equally important: not only the depth and vitality of our community, but the soul of early music—what the movement has been from its beginning, is today, and will be in the years to come—fluid, experimental, self-generating, cooperative, generous, and celebratory.