By Heidi Waterman on April 18, 2022 in BFX Main-Stage, Uncategorized 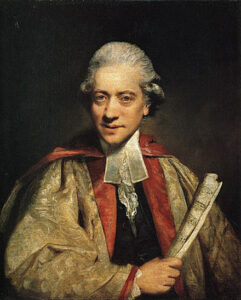 “Um…Charles who?”
Okay, he may not be the best known composer or musician of the late Baroque/early Classical period, but Charles Burney (1726-1814) was the premier musicologist and writer about music of his time, “…the unrivalled chief and scientific historian of his tuneful Art” (well, at least according to his daughter, novelist Fanny Burney, who composed this encomium for her father’s memorial plaque in Westminster Abbey), and his writings are still considered indispensible to modern-day musicologists. To give an idea of the esteem in which he was held and the social circles in which he moved, when Joseph Haydn made his celebrated visit to England in the 1790s, he made a point of paying a visit to Burney before seeing anyone else!

In 1751 he began toying with the idea of writing a general history of music—something that had never been attempted before in the English language. In search of material for his history, he left England in 1770 for the continent; the results of his travels were compiled into two volumes entitled The Present State of Music in France and Italy (1771) and The Present State of Music in Germany, the Netherlands, and United Provinces (1773). In these volumes, he petitioned for subscribers to help finance the publication of the General History and, fortunately (for him and for us), there was an overwhelming response, with 857 subscribers taking 1,047 copies between them. Among the many subscribers were the Prince of Wales, Rousseau, Samuel Johnson, Horace Walpole, and another well-known music writer, C.P.E. Bach.

A General History of Music, published in four volumes between 1776 and 1789, is not just a dry listing of dates and theory but aims to entertain, interpret, evaluate, and to guide taste; written for a general audience as well as musicians, it contains extensive musical examples, quotations from original sources, and an index—something not seen in previous musical histories.  While it foregrounds Burney’s observations perhaps, at times, at the expense of scholarliness (his was not so much the journalist’s distant—and distancing—eye, but that of the keenest enthusiast and observer of what was musically in fashion), it is still an exhaustive and groundbreaking detailing of music theory and performance in the western world in his time.

Enjoy stories of Burney’s travels, accompanied by contemporary music of Burney’s time on Thursday, June 9 at 12 PM, with scholar/musicians Annette Richards and David Yeardsley in their show A Musical Tour Recollected in Company—Tracing Burney. 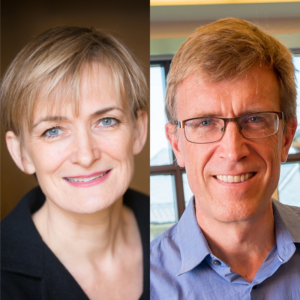 You can never have too many Johanns
William Lawes’ Consort Setts