By Heidi Waterman on May 9, 2022 in BFX Main-Stage, Uncategorized 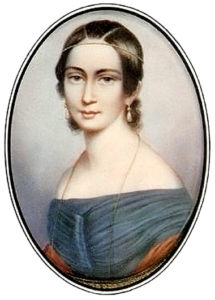 Until fairly recently, women’s roles in European society were severely circumscribed, mainly confined to “kinder, küche, kirche”: children, cooking, church.  Often, a good marriage was the only sort of financial security a woman could procure for herself. In Germany and Austria during the 17th century, for instance, it was somewhat of a tradition for a church organist to marry off his daughter to his successor: Buxtehude married the daughter of his predecessor at Lübeck, Franz Tunder, for instance, and attempted to marry off his eldest daughter in turn, to either Johannes Matheson or Georg Frideric Handel, as a condition of taking over the position from him*.

However, as in art and literature, composers were freer to depict a much more nuanced portrait of women’s roles and sexuality. For instance, while the titular character of Goethe’s Bildungsroman Wilhelm Meister’s Apprenticeship is male, it is the female characters who have had a profound impact on popular culture, and whose poetry has been most often set to music: in particular, Mignon, a semi-feral circus performer whose song, “Kennst du das Land” (Know you the land?), is perhaps the most famous. In his setting, Robert Schumann brings out Mignon’s exquisite longing for a homeland she does not know, as well as her awareness of her otherness.

Schumann’s wife, Clara, was a bit of an outsider herself: a child prodigy who made her debut at the Gewandhaus at the age of nine, she was better known in her day as a pianist than as a composer, and maintained a strenuous schedule of concert appearances on top of being Robert’s life and business partner. Because she was female, however, her compositional talents were either downplayed or ignored completely (fortunately, this is no longer the case, thanks to a resurgence in interest in the 1970s). Robert himself once commented: “Clara has composed a series of small pieces, which show a musical and tender ingenuity such as she has never attained before. But…she cannot work at it regularly, and I am often disturbed to think how many profound ideas are lost because she cannot work them out.”

Franz Schubert’s Blumenballade (flower songs) include two pieces (Viola, D. 786, and Vergissmeinnicht, D. 792), that are abstract portrayals of female sexuality, explorations of the loss of innocence. In the former, the violet blooms too soon, and freezes to death in the absence of the warmth of Spring; in the latter, the awakening (to her own sexuality) arrives too late, forcing the titular Forget-me-not to remain forever an outcast—similar to Goethe’s Mignon.

* Both men refused; it is safe to assume that nobody thought to ask Buxtehude’s daughter how she felt about the whole idea.

For a more in-depth exploration of women on the boundaries of society, join us for DARK DREAMS: Lieder of Franz Schubert, Clara Schumann, & Robert Schumann with Lucy Fitz Gibbon and Nicholas Mathew on Monday, June 6, at 7 PM! 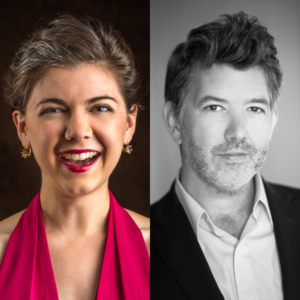 The First Lutheran Oratorio: Buxtehude’s Membra Jesu Nostri
From Haiti and Back Again: The Travels of Lisette