By Jonathan Harris on January 26, 2018 in BFX Main-Stage, Events 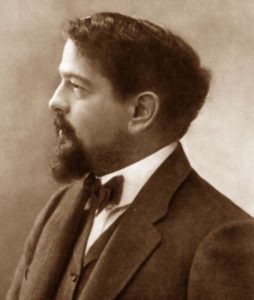 There was a time, not so long ago, when “early music” meant sackbuts and shawms: the lusty hey-nonny-nonnying of Alfred Deller, the austere anti-romantic stylings of Paul Hindemith and his followers, the twang of Wanda Landowska’s massive Pleyel harpsichords, and riotous continuo groups loaded with lutes and theorbos. This was a period when Mozart’s Figaro was one of the earliest works that regular opera-goers would ever get to hear, when a clavichord was something of an antique curiosity, and learning to play a natural horn seemed as inconvenient and perverse as refusing modern medicine. By and large, the “early” in “early music” was, at this time, a way of referring to all of that enchanting but peculiar music that had existed in the centuries before the nineteenth-century musical warhorses galloped onto the scene – and so the unstated goal of early music practitioners was always to unearth and reanimate things that had somehow become obsolete. How things have changed. Nowadays, mainstream musical culture includes once obscure Handel operas, radically slimmed-down performances of Bach’s passions, countless traversals of Mozart and Haydn sonatas on period pianos, and Harnoncourt’s recordings of all the Beethoven symphonies with a blend of modern strings and period brass. As this list indicates, “early music” has not only become less concerned with the fantasy of reviving a pristine and untouched past, but its focus has gradually moved later and later, its ethos and methods no longer restricted to an exoticized world of antiquated pre-Mozart. One can now hear gigantic Mendelssohn oratorios presented by period-instrument bands, Roger Norrington’s notorious vibrato-less Mahler symphonies, and keyboardists such as Kristian Bezuidenhout switching between all sorts of eighteenth- and nineteenth-century pianos in pursuit of new sounds and gestures. And this ethos is as much about techniques as technologies – new ways of thinking about and playing music as well as the hardware that musicians use: experimental approaches to performance styles and situations, and creative conceptions of scores that, to some, had started to look like little more than proscriptive sources of authority. So, as “early music” inexorably catches up with the present day, even the distinction between alien “earliness” and the familiar present has started to blur. Approached in certain ways, the recent past can sometimes seem as distant as the Renaissance. 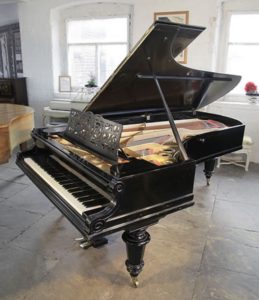 It is precisely this idea that some of the programming at this year’s Berkeley Festival seeks to explore, and the centenary of Debussy’s death is as good a moment as any to experience and enjoy its aesthetic consequences. Debussy is still announced in countless music survey textbooks as the earliest musical Modern, and is, to that extent, the very epitome of a musical culture that we think we know. Yet this is arguably what makes his music such fertile ground for early music practitioners. Debussy is one of the great piano composers in this history of western music, and we tend to assume that, as a man of the early twentieth century, the instruments he composed for were much like our own. This is only partly the case. It hardly needs saying that, compared to a Viennese Walter piano from around 1790, a Blüthner or Bechstein or Pleyel from around 1900 is much closer in design to the sort of Steinway that one might see in a present-day concert hall. But so much assiduous attention has been expended on late eighteenth-century keyboards over the past forty years that, these days, it is probably easier to locate a piano that meets the contemporary aesthetic requirements of Mozart’s music than a piano historically appropriate for Debussy. After all, the piano “eco-system” around 1900 was much more diverse than it is now, and having a finely discriminating taste in pianos was only to be expected among performers and composers: few people thought in terms of a single Steinway gold standard. The Bechsteins that Debussy and Ravel loved, with their comparatively downy hammers, were lighter in touch and tone than most modern Steinways. Moreover, the ways in which performers interpreted their scores on such pianos may seem surprising to the present-day listener. Debussy lived in the early years of sound reproduction technologies, and made some “recordings” of his music on Welte-Mignon piano rolls. Controversy still surrounds these passionate, free, and often eccentric performances: musicologists have questioned how adequately the rolls captured Debussy’s playing and have been puzzled by the apparent capriciousness of his interpretive choices. Still, as with the recordings made by other pianist-composers of the period, such as Prokofiev and Bartók, Debussy’s piano rolls seem to be evidence of a conception of the score that is no longer widely understood, let alone adopted. To be sure, for the modern performer, early recordings raise as many fascinating questions as they answer. But, for that very reason, in the context of an expanded “early music” ethos, they might be placed alongside Carl Philipp Emanuel Bach’s great treatise on playing keyboard instruments or Leopold Mozart’s tract on violin performance: all of these things are rich but enigmatic sources of evidence for historical musical practices, in themselves susceptible to interpretation and reinterpretation.

These questions will be the subject of a 10:00 a.m. colloquy led by Nicholas Mathew (UC Berkeley) entitled “Debussy as Early Music: The Piano and the Pianist in the Early Twentieth Century,” which will feature performers and scholars associated, in evolving ways, with the early music movement, including George Barth (Stanford University), Rebecca Plack (SF Conservatory), Desmond Sheehan (UC Berkeley), and Daniel Seyfried (Greensboro, NC). At 1:30 that afternoon, Alexei Lubimov will present the piano music of Debussy and his contemporaries on the beautiful 1901 Bechstein piano recently acquired by the Department of Music at UC Berkeley. Lubimov’s career has encompassed harpsichord and modern piano, as well as award-winning performances of Mozart, Schubert, and Brahms on Viennese pianos, Chopin on French pianos, and C.P.E. Bach on the now obscure tangent piano. ECM New Music released his recording of Debussy’s Preludes, on a Steinway from 1913, in 2012. The morning colloquy will take place in 125 Morrison Hall, Department of Music, UC Berkeley, the musical performance in the Chevron Auditorium, International House, 2299 Piedmont Ave, Berkeley. The morning colloquy is free and open to the public. The afternoon presentation is $25. Order tickets online.