These songs and hymns were performed with blinding luminosity… and [through them] we were also reminded . . . that Hildegard is forever —Los Angeles Times

Songs and Hymns of Hildegard 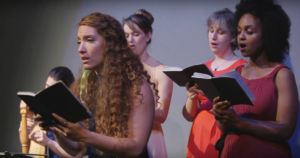 In TWO concerts on June 5 (12:30 PM and 2:00 PM), the all-female Ensemble Vocatrix performs ecstatic songs and hymns by Hildegard von Bingen. Along with medieval harp and vielle, this program features both solo and ensemble singing in arrangements of virtuosic medieval music, from the rapturous meditation of “O quam mirabilis est” to the theatrical story of St. Ursula in “O Ecclesia.” Featuring some of Hildegard’s lesser-performed works, this program is not to be missed!

Ensemble Vocatrix specializes in the repertoire of the medieval mystic Hildegard von Bingen. With
“rapturous hymns and songs sung with blinding luminosity” (Los Angeles Times), the ensemble has
presented performances that “didn’t so much take one’s breath away as hyper-oxygenate” (Los Angeles
Times), with “solid dramatic effect…singing was strong” (American Recorder Society) and singing that
was “beautiful to hear, piercing the spacious heights of the building…graceful, haunting…unforgettable” (Lauri’s List). Creatively arranging Hildegard’s works in original, historically-informed ways, the group prides itself on celebrating these ancient masterpieces with a youthful teamwork. The ensemble has performed the Ordo Virtutum in three different productions, enchanting audiences from Los Angeles to Berkeley. Recent performances include engagements at The Colburn School, Automata Los Angeles, and St. John’s Cathedral, Los Angeles. 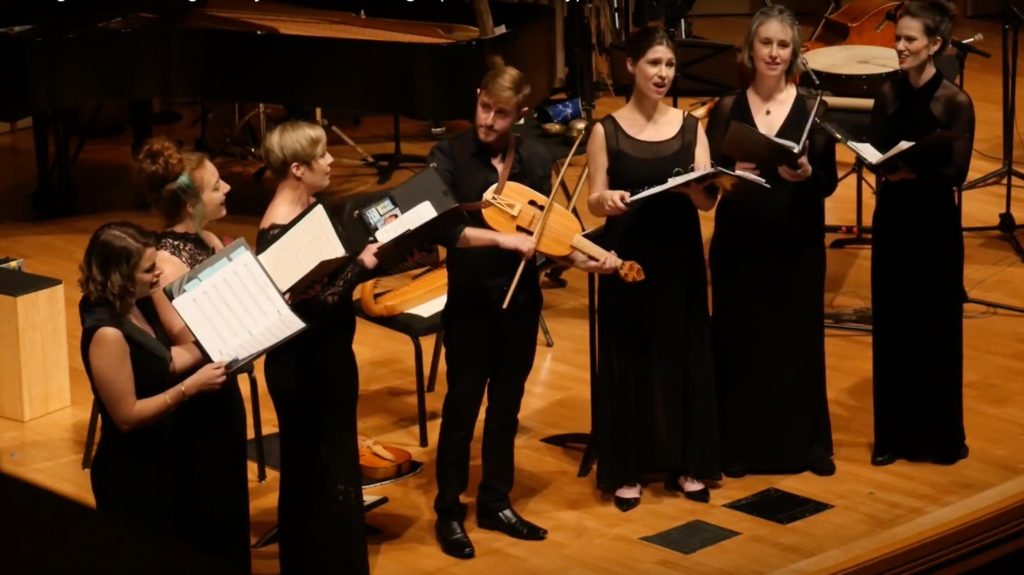