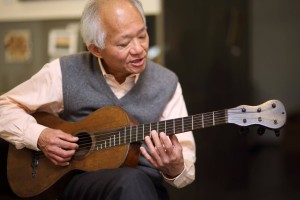 How and when did the guitar become a world phenomenon? It started in the 16th century, when its ancestor the vihuela went to all corners of the world, carried by Portuguese and Spanish seafarers. Initially double-strung in courses, the guitar took its modern form in the 1780s. History’s first guitar hero was one Mauro Giuseppe Sergio Pantaleo Giuliani. He was the toast of Vienna, and his friend Beethoven called his 6-string guitar a miniature orchestra. At the same time, a luthier in Budapest named Teufelsdorfer was building history’s first Jazz guitar – “in the form of a viola d’amore” – for which he obtained a privilegium (patent) on 13 July 1829. A century later, Lloyd Loar was to turn this design into the iconic GIbson L5. Still later, in the 1960s, Joe Pass began his solo Jazz excursions, “chord-melody” style. This program is a survey of that particular musical journey, a road less traveled but without question one of immense historical and artistic significance. (Sponsored by Trinity Chamber Concerts.) 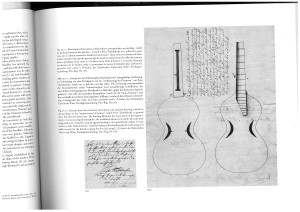 Franklin Lei grew up in Hong Kong. He studied electrical engineering at the Massachusetts Institute of Technology, followed by postgraduate work at the University of California at Davis. While completing his master’s thesis, his interest in the guitar led him to study the Baroque lute, from its greatest pioneers of the 20th century early music revival – Michael Schäffer at Cologne’s Musikhochule Rheinland, Eugen Müller Dombois and Hopkinson Smith at Switzerland’s Schola Cantorum Basiliensis.

In 2004 Franklin retired from active touring, eventually accepting a position with the Library of the University of California at Berkeley. In 2013, an invitation to perform at his alma mater of King’s College in Hong Kong rekindled Franklin’s musical career. He has since toured Hong Kong in November every year. He also performed at the 2014 Berkeley Festival Fringe on an original Viennese guitar from 1811. In November 2016, Franklin Lei will perform at Hong Kong University of Science and Technology, at Chinese University of Hong Kong, and at the Institute of Musicology, Innsbruck University. 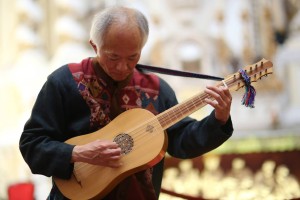 Franklin’s most challenging and satisfying research project to date – on the proliferation of Western music in 16th century Japan and Macau – was the theme of his vihuela touring program of November 2014. In both 2014 and 2015 Franklin was invited to have his performances videotaped at Macau’s Igreja de São José, a Baroque church from 1758 and an UNESCO World Heritage site.