By Heidi Waterman on May 16, 2022 in BFX Main-Stage, Uncategorized 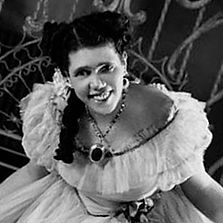 “Lisette quitté la plaine” (Lisette has left the plain) is the earliest surviving Creole literary text, a poem set to music by a white Creole named Duvivier de la Mahautière sometime around 1757. It has as its narrator an enslaved black man whose beloved is gone (it is implied that she has been sent away, either to another plantation or sold to a new owner), and is remarkable in that it is a poem centered on a black person’s experience—and, also, that their experience is portrayed in a sympathetic manner—highly unusual in a time when black people were either portrayed negatively or simplistically, or erased entirely, in the common narrative.

In “Lisette…”, de la Mahautière combined words in the then-nascent Creole language with a popular contemporary French melody, which no doubt helped it gain in popularity. Soon, the piece traveled from de la Mahautière’s native Saint-Domingue (now Haiti and the Dominican Republic) to France, where, in 1778, composer and prominent Enlightenment philosopher Jean-Jacques Rousseau set the poem to a new melody, rechristening it “Chanson Nègre”—a piece considered by scholars to be a sly denunciation of slavery in the French colonies.

Eventually, the song made its way from France to the new colonies in the United States. In the late 19th century, composer Louis Moreau Gottschalk began programming Creole music (including “Lisette…”) in concert settings. His sister, Clara Gottschalk Peterson, anthologized several of these pieces in “Creole Folk Tunes in Negro Dialect from New Orleans,” although, in it, Lisette became “Zélim to quitte la plaine”—a slightly different title, but essentially the same song. Camille Nickerson also changed the song title in her Five Creole Songs anthology of 1942, to “Lizette, ma chêre amie.” Bringing the song back home to its point of origin, Haitian composer Ludovic Lamothe set the poem (c. 1929) to a different kind of music: the méringue, a traditional dance of Haiti.

Through all these changes, however, the song has retained its essential flavor and story—that of a man who has lost his love but still holds out hope for her eventual return.

For more information on the history behind “Lisette…”, we invite you to visit https://www.lisetteproject.org. For a story of the full journey of the song, including its transformations, come hear Lisette—A Song’s Journey From Haiti and Back with Michele Kennedy, soprano, and Jean Bernard Cerin, baritone, at the BFX on Friday, June 10, at 3 PM! 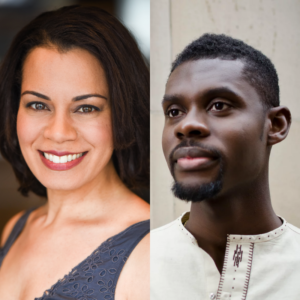 Dark Dreams: Women on the Edge
The Burgundian School and the Order of the Golden Fleece