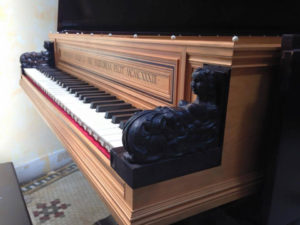 Gesine Lohr will play harpsichord music from 1517 to the mid-1600s, including anonymous dances from Tabulatura Jan z Lublina (1540) and a Venetian manuscript (1540), an Andrea Antico piece published in Frottole intabulate da sonare organi (1517) [earliest printed keyboard music in Italy], pieces by Byrd, Randall, Gibbons, Sweelinck and Farnaby, and a piece from the Camphuysen manuscript (c1652).

For this concert, we are again fortunate to have the use of a beautiful replica of an Italian harpsichord by Carlo Grimaldi (1697), built by the late Jerry Prager in 1983.  Her unusual length (8’1”) produces her extraordinary bass. There is the inner instrument, with quarter-inch walls, inside an outer case. Many thanks to Gilbert Martinez for letting us use this splendid instrument. 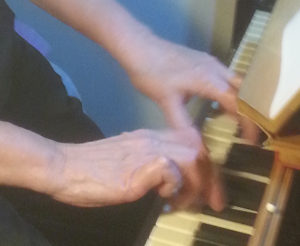 (Kathy) Gesine Lohr studied harpsichord with the late Eileen Washington, who brought the first harpsichord to California in the 1930s and was part of the early early-music renaissance. She then studied with Kathleen McIntosh, who introduced her to articulations. In Cal State Long Beach’s 1980 early music program, her baroque and renaissance quartets were coached by baroque flutist Stephen Schultz and by Kristine Forney. She has played several master classes for Edward Parmentier, attended two of his summer harpsichord workshops, and played for Peter Sykes at SFEMS’s summer baroque workshop. Since 2002 she has played harpsichord for Alameda’s Sing-it-yourself Messiah.

Gesine ran a broken consort for some years, playing renaissance alto recorder. Discovering the diminution manuals of Ganassi (1535) and Ortiz (1553), and realizing 4 part chordal dance music (like Susato) would have been divided/ ornamented, led her to the very similar blues and rock music, and she played Hammond B3 organ and DX7 for 13 years in psychedelic rock blues groups. Playing keyboard in Nancy Drew and the Clues, one of the first rock bands at the West Coast Womens’ Music Festival, provided her largest audience to date (several thousand).

Gesine is a volunteer rock keyboard teacher with Bay Area Girls Rock Camp, and teaches her young beginners, “allow the arm to guide the hand” (Diruta). 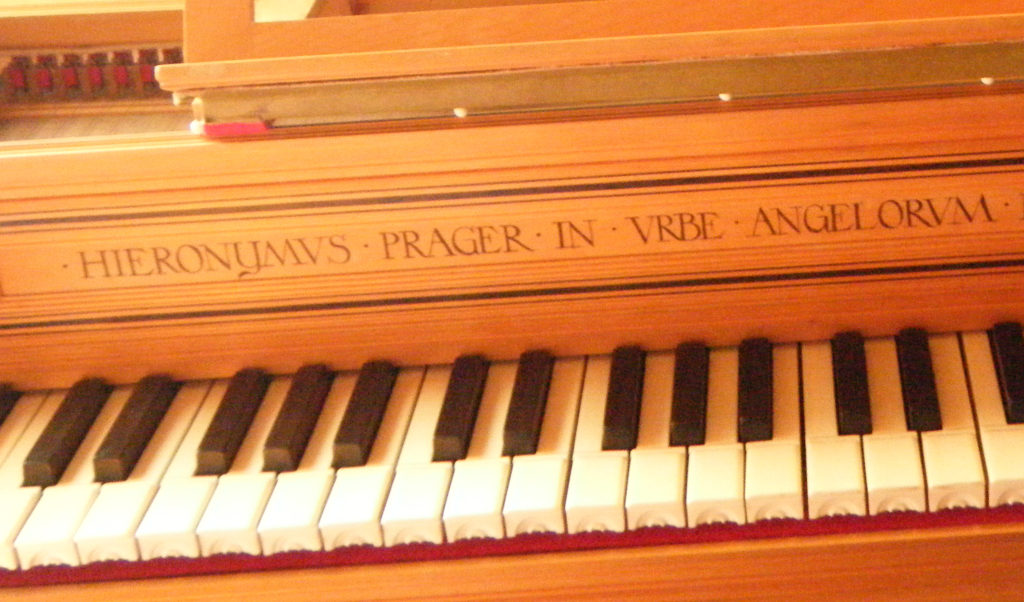