Spend this lunch-time concert delighting in the rich legacy of music for multiple flutes. Esteemed traverso players from both coasts come together to perform a program of early renaissance flute consorts and baroque chamber works, including the charming concerti for five flutes by Boismortier. 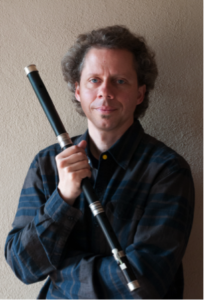 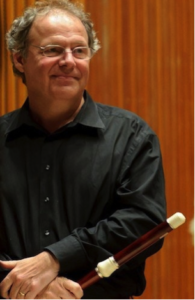 CHRISTOPHER KRUEGER received his formative musical training in Boston and graduated from the New England Conservatory of Music. He is principal flutist with the Handel and Haydn Society, Boston Early Music Festival Orchestra, the Bach Ensemble, Smithsonian Chamber Players, and Boston Baroque. He has been featured as soloist on the Great Performers Series and Mostly Mozart Festival at Lincoln Center, the City of London Festival and Lufthansa Festival in London, the Berlin Bach Festival, and at Tanglewood and Ravinia.

Mr. Krueger has also performed with such diverse groups as the Drottingholm Theatre Orchestra, Aston Magna, Tafelmusik, Orpheus, and the Boston Symphony. He is Assistant Professor of Music at The University of Massachussets at Amherst, and on the faculties of the New England Conservatory and the Longy School of Music. He has recorded for DG, Sony, L’Oiseau-Lyre, RCA, Centaur, Nonesuch, and Telarc. 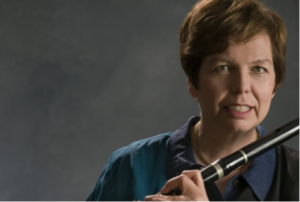 Na’ama holds a Doctoral degree from Boston University, a Soloist Diploma from the Arnhem Conservatory in the Netherlands, and a BMus. degree in modern flute performance from the Tel Aviv University. She teaches at the Longy School of Music and directs a chamber music program at Harvard College. She is a sought-after teacher at summer workshops, including Amherst Early Music and the International Baroque Institute at Longy. Na’ama has recorded for Deutsche Harmonia Mundi, Telarc and private labels. 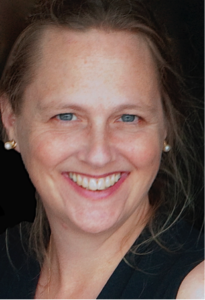 VICKI MELIN classical, baroque and renaissance flutes, has performed in Bay Area early music ensembles such as the American Bach Soloists, Live Oak Baroque Orchestra, California Bach Society, San Francisco Renaissance Voices, MUSA, and Nash Baroque. She attended Boston University for her Masters of Music, studying with Christopher Krueger; and The Royal Conservatory of Music in Den Hague, The Netherlands, where she received an Advanced Diploma in Performance, studying with Wilbert Hazelzet. Other esteemed teachers include, Janet See, Sandra Miller and Nancy Hadden. She has performed with orchestras and ensembles in The Netherlands and Italy, and is frequently a guest soloist with International Organ and Chamber Music Festivals in Krakow and Katowice, Poland.

She currently lives in San Francisco, performing, teaching at SF Waldorf School and at her private studio, and raising two fabulous daughters; the elder who can be heard singing with the San Francisco Girl’s Chorus in this year’s Mainstage production of Purcell’s “Dido and Aeneas” with Voices of Music; and the younger who will be dancing with San Francisco Renaissance Dancers in Fringe concert, “The Dancing Master” with Nash Baroque. View www.Nashbaroque.org 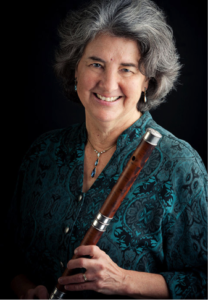 JANET SEE is one of today’s outstanding performers on baroque and classical flute. For over 30 years she has performed as a soloist, in chamber music, and in orchestras throughout North America and Europe. She played principal flute for Sir John Eliot Gardiner’s two orchestras recording the complete Mozart Operas and Beethoven Symphonies as well as numerous other discs. While in London she also played principal flute for ‘The Taverner Players’, conducted by Andrew Parrott. Janet plays principal flute with Philharmonia Baroque under Nicholas McGegan and has recorded Vivaldi and Mozart Concertos with that orchestra. She also performs frequently with the Portland Baroque Orchestra and as guest soloist with chamber music ensembles throughout the US and Canada.

Janet is on the Early Music Faculty at Cornish College of the Arts in Seattle and is an active and enthusiastic teacher of early flutes and also of interpreting the nuance and language of baroque and classical music on modern flute. She received her degree on the modern flute at Oberlin Conservatory, training with Robert Willoughby. Her post-graduate training was with Frans Vester in The Hague. Janet is a qualified teacher of the F.M. Alexander Technique, having trained in London with Walter Carrington. She currently lives on Bainbridge Island, Washington with her husband and her son. 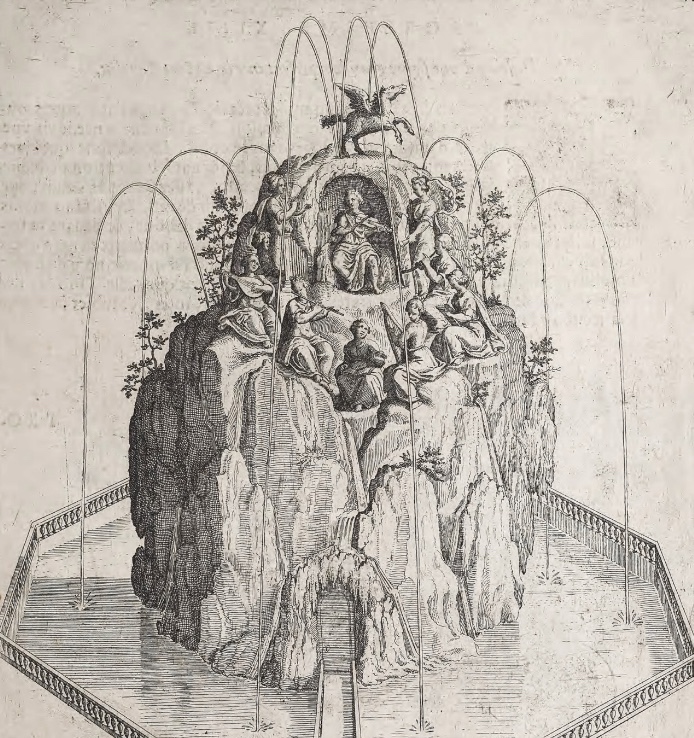