There are two works by German composers, Telemann and Bach. Telemann uses French instruments in an Italian trio sonata with some Germanimitative writing (fugue in the 2nd movement), while Bach in his E minor sonata fuses elements of sonata and concerto to create a longer, more substantial solo piece.

Frances Blaker’s “Dark and Starry Night” was composed for me and will receive its premier at this concert. Keeping with the program’s theme, it is a fusion of a baroque instrumental sound with contemporary notions of bending pitches and open harmonies. 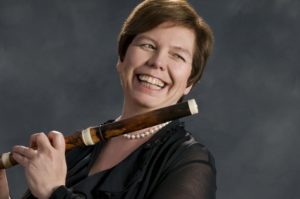 Na’ama Lion is well known in the Boston area as a versatile performer on early flutes. She has explored medieval music, playing with “Sequentia”; Renaissance music with the Renaissance flute quartet “Travesada”; Baroque, Classical and Romantic music with numerous groups, including La Donna Musicale, Boston Baroque, Handel and Haydn Society, Boston Cecilia, Arcadia Players, Grand Harmonie, Cappella Clausura, and overseas with Academia Daniel, Jerusalem Baroque Orchestra and Barrocade orchestra. She is also a committed performer of new music, and has had new pieces written for her and her various ensembles by composers John McDonald, Jorge Ibanez, Atsushi Yoshinaka, Julie Rohwein, Paul Brust, Murray Barsky, Marti Epstein, Robert Carl, and pre-eminent Israeli composer Leon Schidlowsky. She has collaborated with the crossover ensemble “Rumbarroco” playing Latin American music. Na’ama holds a Doctoral degree from Boston University, a Soloist Diploma from the Arnhem Conservatory in the Netherlands, and a BMus. degree in modern flute performance from the Tel Aviv University. She teaches at the Longy School of Music and directs a chamber music program at Harvard College. She is a sought-after teacher at summer workshops, including Amherst Early Music and the International Baroque Institute at Longy. Na’ama has recorded for Deutsche Harmonia Mundi, Telarc and private labels. 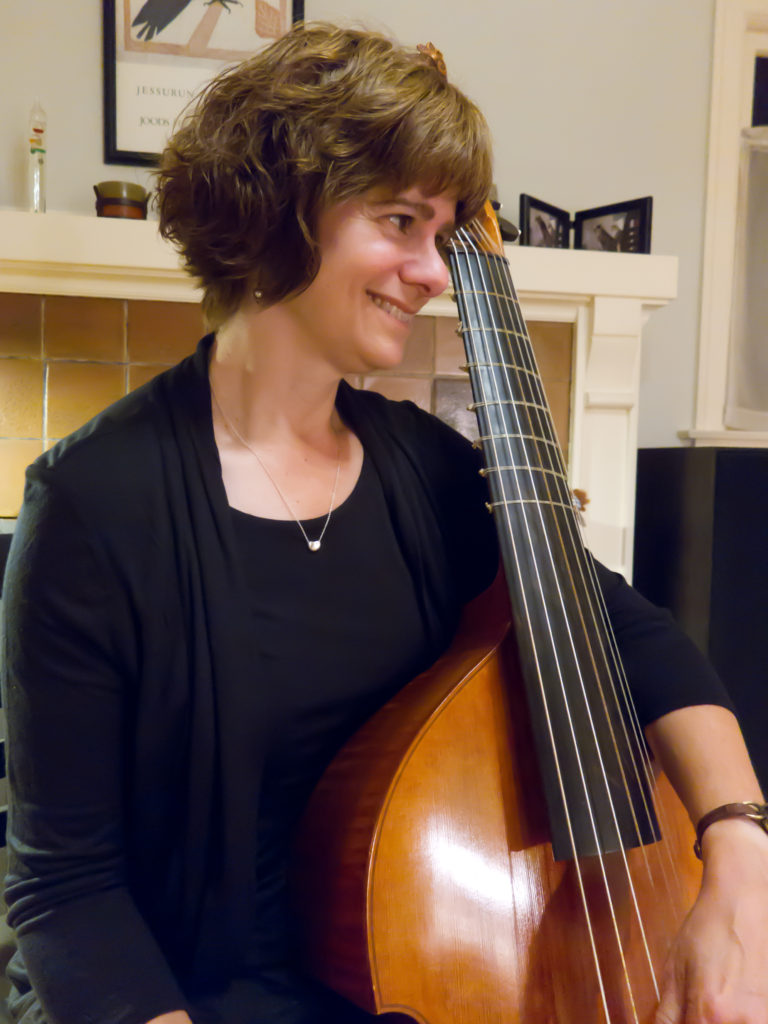 Lynn Tetenbaum has been hailed by the Boston Herald as a “master musician, fluent, intelligent and natural.” She holds a B.A. from Wellesley College and the Artist Diploma from Oberlin Conservatory where she studied with Catharina Meints. The recipient of grants from Wellesley College and the Ministry of the Flemish Community, she spent five years in Belgium where she studied with Wieland Kuijken at the Royal Conservatory of Brussels, receiving the Premier Prix in 1987 and the Diplôme Supérieur in 1990. While living in the Boston area, she was a co-founder of “Défense de la viole”, a series dedicated to music featuring the viola da gamba, and performed for many years with Musica Poetica, an ensemble focusing on music from 17th-century Germany. Since moving to the Bay Area in 1998, Ms. Tetenbaum has performed on both gamba and violone with many of the area’s leading early music ensembles including American Baroque, the California Bach Society, Magnificat, Musica Pacifica, Ensemble 6-4-2, the Werckmeister Three, and the San Francisco Bach Choir. She has toured and recorded with groups such as Jacobean Viols (Holland), the Boston Camerata and the Sex Chordae Consort of Viols, and has appeared at the Berkeley Early Music Festival, the Regensberg Festival and on numerous San Francisco Early Music Society concerts, most recently in collaboration with Mr. Kuijken. Ms. Tetenbaum received praise in the L.A. Times for her “beautiful” playing of the solo gamba arias in J.S. Bach St. Matthew Passion, which she performed with the L.A. Philharmonic. She has taught at workshops in Belgium and England as well as in the U.S., and teaches privately in the Bay Area. She has recorded for Erato, Koch, and Centaur. 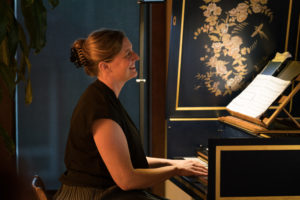 Katherine Heater, early keyboards, plays locally with early music groups such as Voices of Music, Philharmonia Baroque Orchestra and Musica Pacifica. She has performed throughout the United States, including with the Los Angeles Philharmonic, the Sun Valley Summer Symphony in Idaho and at the Bloomington Early Music Festival and the Tropical Baroque Festival of Miami. She received an Arts Bachelor from the University of California, Berkeley in music and a Masters of Music in historical performance from Oberlin Conservatory. At the Sweelinck Conservatorium in Amsterdam Ms. Heater studied harpsichord with Bob van Asperen and fortepiano with Stanley Hoogland. Also an active teacher, Ms. Heater teaches harpsichord at UC Berkeley and at The Crowden Music Center, as well as privately.