The Beginning of Joy

The Beginning of Joy: Songs and Dances of Middle Ages. Featuring music from 13th and 14th-century Spain, France, and Italy, including selections from Cantigas de Santa Maria and Cantigas de Amigo, Las Huelgas, Montpellier, and the Trecento period.

Cantainbanchi is a new name, uniting a group of musicians individually familiar to Bay Area early music audiences. In Renaissance Florence, cantainbanchi (literally, “those who sing on a table”) referred to street performers, some of whom would perform on platforms in hopes of attracting onlookers. (from Ongaro, Giulio. Music of the Renaissance. Westport: Greenwood Press, 2003.)

SUSAN RODE MORRIS is a singer of unusual versatility whose accomplishments encompass a wide range of repertoire and musical styles. A San Francisco Bay Area native, she has received much critical acclaim for her expressiveness and naturalness in singing, and her communicative presence. She is a founding member of Ensemble Alcatraz and has sung with Voices of Music, Philharmonia Baroque Orchestra, American Bach Soloists, Sequentia Koln, Sex Chordae Consort of Viols, Foolia, Magnificat!, Women’s Philharmonic, Sierra Symphony in Mammoth Lakes, California Revels, Left Coast Ensemble, Mendocino Music Festival, and others. She has premiered numerous works of Bay Area composers, including opera and theatre pieces. Performances include appearances at the Kennedy Center in Washington D.C, Metropolitan Art Museum, Frick Museum, and the Cloisters in New York City, Bellas Artes in Mexico City, and in such cities as Vancouver B.C., Seattle, Portland, Los Angeles, New Orleans, Houston, Minneapolis, Pittsburgh, Boston, London, and Regensberg. In 1992 she founded a recording company called Donsuemor which has released four compact discs, including songs of Henry Purcell and three recordings of the songs of 18th century Scottish poet Robert Burns. She owns and founded (1978) a baking company (Donsuemor) which supplies the U.S. and Canada with fresh Madeleines, and French Almond Cakes.

ALLISON ZELLES LLOYD (soprano) has had an exciting career performing and recording Early Music and 20th century compositions. Allison was a founding member of Bimbetta which specializes in combining Baroque music with contemporary theatrical interpretations. As a soloist, she has recorded and performed in the United States and Europe with Bimbetta [d’Note label], the Medieval ensemble Altramar [Dorian], and Paul Hillier’s Theatre of Voices [Harmonia Mundi]. In 1996, Allison had the honor of performing the debut of minimalist, Steve Reich’s composition, “Proverb” at the Lincoln Center in New York. Subsequently, she toured with the Steve Reich Ensemble and recorded “Proverb” for the Nonesuch label. She has performed locally with the chamber ensemble, American Baroque, and the chorus of the American Bach Soloists. Allison can also be heard on several Focus label recordings including the popular Hildegard von Bingen: The Lauds of St. Ursula, as well as a soloist on the recent 2013 release of UC Berkeley’s own, Marika Kuzma’s recording of Bortniansky Hymns and Choral Concertos. She holds a Masters of Music degree from the Early Music Institute of Indiana University. Currently, Allison utilizes her vocal, keyboard, percussion and medieval harp skills in the music education of young children and has been teaching Music Together and Orff Schulwerk music programs in the SF Bay Area for the last fourteen years.

MARGRIET TINDEMANS has performed, recorded, and taught early music on four continents. A 2005 Grammy Nominee, she was named  “Best asset to Seattle’s Classical Music scene” in the Seattle Weekly’s 2004 ‘Best of Seattle’ issue. She has been called a rare combination of charismatic performing and inspiring teaching, a scholar with a profound knowledge of music, poetry and art of the Middle Ages – “a national treasure”. As a student of Wieland Kuyken in Brussels she was awarded the Prix d’Excellence with honor. A player of early stringed instruments, from the medieval fiddle and rebec to  baroque viola and viola da gamba, she performs  and records with multi-instrumentalist Shira Kammen and percussionist Peter Maund, with harpsichordist Jillon Stoppels Dupree and with the Seattle Baroque Orchestra. Margriet was a founding member of the German ensemble Sequentia and the Huelgas Ensemble of Belgium, which was one of the prize winners at the first International Recorder Ensemble Competition in Bruges. Margriet has been a frequently invited guest with Pacific Musicworks, The King’s Noyse, The Harp Consort, the Folger Consort, the Newberry Consort, and other leading early music ensembles. She has performed with both the Seattle Opera and the National Dutch Opera in Amsterdam. In addition to maintaining a busy private studio she is a much sought after director and teacher at many workshops, including the Port Townsend Early Music Workshop, the Pacific Northwest Viols Workshop and the Accademia d’Amore. For ten years Margriet has been music director for the Northwest Puppet Center, for whom she has arranged and directed many operas, including The Magic Flute and  Don Giovanni.

Multi-instrumentalist and occasional vocalist SHIRA KAMMEN has spent well over half her life exploring the worlds of early and traditional music. A member for many years of the early music Ensembles Alcatraz and Project Ars Nova, and Medieval Strings, she has also worked with Sequentia, Hesperion XX, the Boston Camerata, the Balkan group Kitka, Anonymous IV, the King’s Noyse, the Newberry and Folger Consorts, the Oregon, California and San Francisco Shakespeare Festivals, and is the founder of Class V Music, an ensemble dedicated to providing music on river rafting trips. She has performed and taught in the United States, Canada, Mexico, Europe, Israel, Morocco, Latvia, Russia and Japan, and on the Colorado, Rogue, Green, Grande Ronde, John Day, East Carson and Klamath Rivers.

Shira happily collaborated with singer/storyteller John Fleagle for fifteen years, and performs now with several groups: a medieval ensemble, Fortune’s Wheel: a new music group, Ephemeros; an eclectic ethnic band, Panacea, the early music ensembles Sitka Trio, Calextone, Cançonier and In Bocca al Lupo; as well as frequent collaborations with performers such as storyteller/harpist Patrick Ball, medieval music expert Margriet Tindemans, singer Anne Azema, fiddler Kaila Flexer, and in many theatrical and dance productions, including the California Revels and The American Repertory Ballet Company. She has worked with students in many different settings, among them teaching summer music workshops in the woods, coaching students of early music in such schools as Yale University, Case Western, the University of Oregon at Eugene, and working at specialized seminars at the Fondazione Cini in Venice, Italy and the Scuola Cantorum Basiliensis in Switzerland. 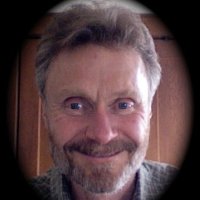 KIT HIGGINSON, recorder and psaltery, is known to audiences in North America and Europe as a soloist and member of early music ensembles. He is was a founding member of the medieval music group Ensemble Alcatraz and has also appeared with Anne Azema, The Boston Camerata, Philharmonia Baroque Orchestra, The Los Angeles Chamber Orchestra, The Oregon Bach Festival, San Francisco Opera Center, and vocalist Lauren Pomerantz. He has recorded for Nonesuch, Hänssler Classics, Erato and Harmonia Mundi USA. He has served on the faculties of the SFEMS Medieval Workshop and The Amherst Early Music Festival. In addition to his performing experience, Mr. Higginson currently serves as the Production Manager for the record label Music & Arts Programs of America, Inc. He resides in Berkeley, California. 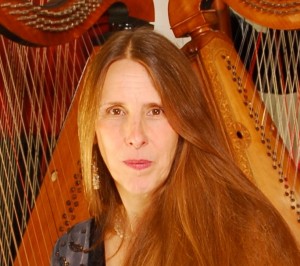 Recognized as a leading pioneer in the field of historical harps and a popular performer and teacher of Celtic lever harps, DR. CHERYL ANN FULTON has enjoyed a wonderful international performing, recording, teaching and scholarly research career since 1984.  She earned a BS degree in pedal harp, and an MM and DM in early music/historical harp/musicology from the Jacobs School of Music of Indiana University, Bloomington where during her graduate work she was a dedicated student of Thomas Binkley.   She is currently on the faculty of The Thornton School of Music at USC. She is a highly sought after teacher of her Touch & Tone Technique for Harp and has a private studios in the San Francisco Bay Area in Oakland, El Sobrante and Los Gatos, and also teaches via Skype. When she is not harping she is playing with and training her two Belgian Tervuren dogs or out riding her two Arabian horses on the trails in the East Bay hills. 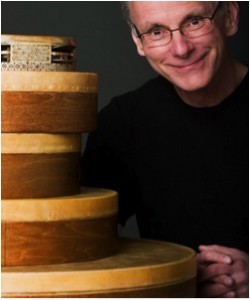 A native of San Francisco, PETER MAUND studied percussion at the San Francisco Conservatory of Music and music, folklore and ethnomusicology at the University of California, Berkeley. A founding member of Ensemble Alcatraz and Alasdair Fraser’s Skyedance, he has performed with early and contemporary music ensembles including Alboka, Anonymous 4, Berkeley Contemporary Chamber Players, Chanticleer, Davka, El Mundo, The Harp Consort, Hesperion XX, Kitka, Los Cenzontles, Musica Pacifica, Philharmonia Baroque Orchestra and Voices of Music, among others.  Presenters and venues include Cal Performances, Carnegie Hall, Celtic Connections (Glasgow); Cervantino Festival (Guanajuato), Confederation House (Jerusalem); Edinburgh Festival; Festival Interceltique de Lorient; Festival Pau Casals; Folkfestival Dranouter; Horizante Orient Okzident (Berlin); The Kennedy Center; Lincoln Center; Palacio Congresos (Madrid); Queen Elizabeth Hall (London); and Tage Alter Musik (Regensburg).  He is the author of “Percussion” in A Performers Guide to Medieval Music, Indiana University Press, 2000.  He has served on the faculty of the University of California, Berkeley as well as in workshops sponsored by Amherst Early Music, the San Francisco Early Music Society, the American Recorder Society and the American Orff-Schulwerk Association.  Described by the Glasgow Herald as “the most considerate and imaginative of percussionists” he can be heard on over 50 recordings.