Magnificat, under the direction of artistic director Warren Stewart, will join forces with the early wind ensemble The Whole Noyse to present a Vespers for the feast of St. Mark, featuring music from Monteverdi’s monumental collection Selva morale e spirituale from 1641. The program will also include instrumental canzoni from Francesco Cavalli’s Musiche Sacre of 1656, as well as traditional Gregorian chant. 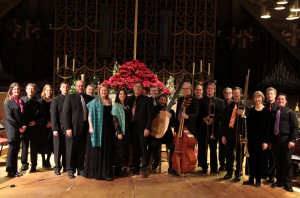 For twenty years, Magnificat has explored the emotionally charged music of the 17th Century, each season bringing together an assembly of internationally recognized musicians to present unique and innovative programs that engage the senses and inspire the imagination. Magnificat has offered audiences the chance to hear many significant works by well-known figures of the 17th Century while also uncovering forgotten masterpieces, including many modern premieres. With dramatic flair and sensitivity to historical context, Magnificat imbues each concert with an infectious joy and a delight in musical make-believe.

Over the past decade Magnificat has taken a special interest in promoting the works of women composers, undertaking a project to record the complete works of Chiara Margarita Cozzolani, devoting entire programs to the music of Barbara Strozzi and Isabella Leonarda and hosting a conference on Women and Music in Seventeenth Century Italy. For their 20th Anniversary Season (2011-2012,) Magnificat performed Charpentier’sLa Descente d’Orphée aux enfers, oratorios by Carissimi including Jephte, a reconstruction of Christmas Vespers from the Electoral Chapel of Saxony in 1664 featuring Schütz’Weihnachtshistorie, and a selection from Monteverdi’s Madrigals of War & Love. In December 2012, Magnificat revived one of their most beloved programs, Chapentier’s Nativity Pastorale. 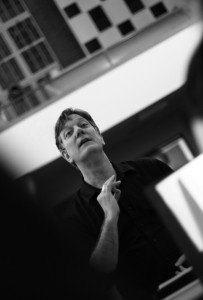 Over the past two decades, Warren Stewart has established himself as one of the most dynamic and engaging early music specialists in America. He has received critical praise for his innovative programming and the emotional intensity of his performances of an extraordinarily wide range of repertoire from William Byrd and Claudio Monteverdi to Terry Riley and Arvo Pärt. Through his work with Magnificat, stewart has established a reputation for expressive and thought-provoking interpretations of standard repertoire and modern premieres of forgotten masterworks, prepared modern editions of numerous works and reconstructions of historic Roman and Lutheran liturgies. With Magnificat, he has appeared at the Berkeley Festival and Exhibition, the Bloomington Early Music Festival, and the Tropical Baroque Festival, and on the Music Before 1800, Seattle Early Music Guild, Carmel Bach Festival and San Francisco Early Music Society concert series. He conducted and produced Magnificat’s recording of Cavalieri’s Rappresentatione di Anima e di Corpo for Koch International and was artistic director for Magnificat’s recordings of the complete works of Chiara Margarita Cozzolani for Musica Omnia. During the 2014-2015 season, Stewart will direct Magnificat in his own realization of the orchestration of Schütz’s Opus Ultimum: Der Schwannengesang, a reconstruction of a Venetian Christmas Mass built around Cavalli’s Messa concertata, and two histoires sacrées by Charpentier from new editions by musicologist John Powell. He will also direct the Choir of Trinity Wall Street in a program of music by Cozzolani during their 12th Night Festival in New York. For seven years Stewart served as artistic director of the California Bach Society and has appeared as guest conductor with the San Antonio Symphony and the Sonoma County Bach Society and collaborated with the Kronos Quartet. As a cellist he has performed with the American Bach Soloists, Philharmonia Baroque Orchestra, Capella Vitalis Berlin, the Linde-Consort, Ensemble 415, and the Deutsche Handel-Solisten, and recorded for Musica Omnia, Harmonia Mundi, EMI/Angel, Koch International, and Cadenza Records. Stewart studied cello with Paul Katz at the Eastman School of Music and Erling Bløndal-Bengtsson at the Royal Danish Music Conservatory, early music performance practice at the Schola Cantorum Basiliensis, and musicology at Stanford University.