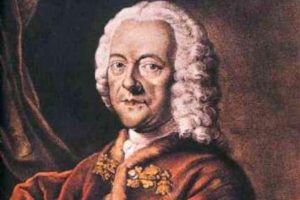 Georg Philipp Telemann (1681–1757) wrote with facility, clarity, and originality in many national styles and schools of playing. His strong connection to Parisian musicians and their style is evident in the two sets of quartets he wrote (1730, 1737) to perform in that city with the great instrumentalists of his day. On the 250th anniversary of Telemann’s death, virtuosi Elizabeth Blumenstock, Stephen Schultz, William Skeen, and Jory Vinikour perform several of Telemann’s remarkable Paris Quartets, whose unique scoring in some ways is a forerunner of the Classical quartet. 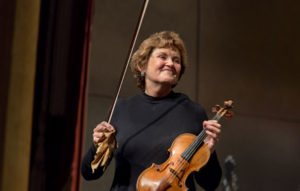