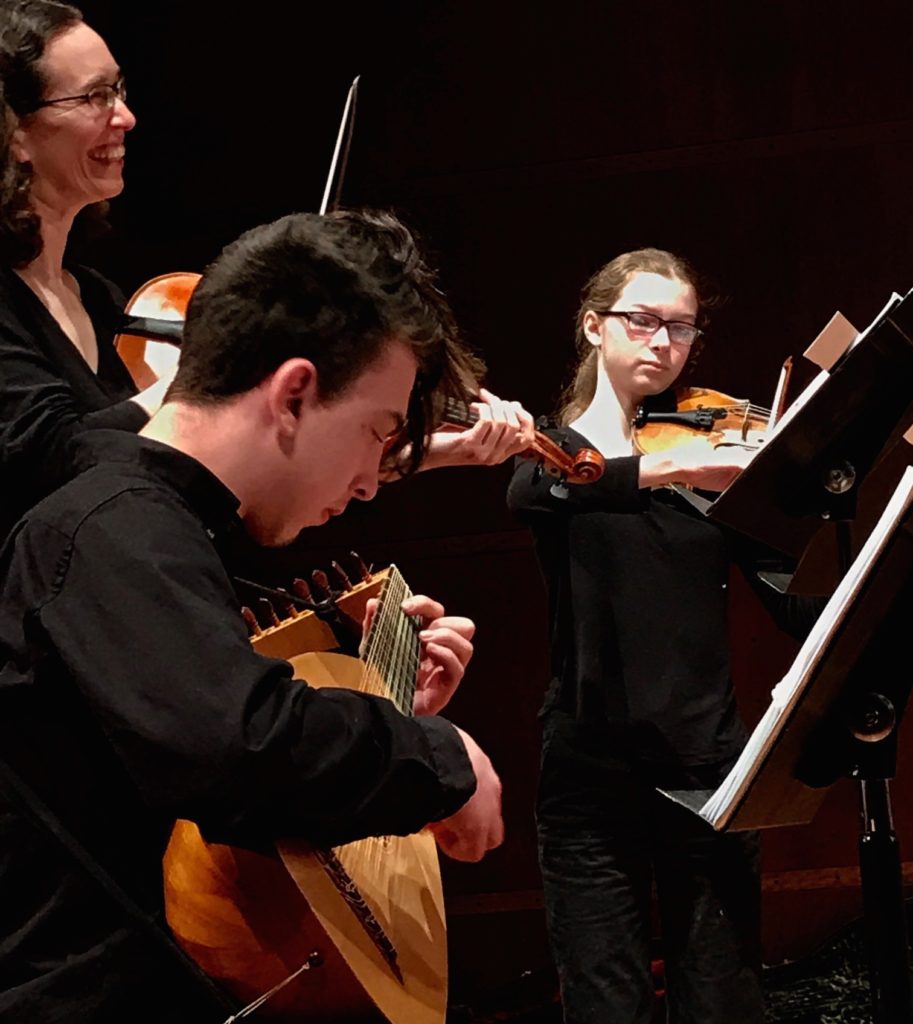 Skilled musicians aged 13-16 present music from the time of Queen Elizabeth I and Shakespeare — elegant instrumental consorts, exhilarating dance tunes with original divisions, and some of the prettiest song melodies ever written.

But we bring a modern ear to the original lyrics of romance and myth. Men and gods pursuing fair maidens? Well, we’ve added a few new verses. After four centuries of being sung about and sung to, praised and entreated and condemned, each of the heroines finally gets a chance to speak for herself.
A mixed consort of bowed and plucked string players is joined by four vocal soloists from SHAK’s original adaptation of Handel’sSerse, presented by the Festival the day before.
This playful, timely, and thought-provoking one-hour program is open to all ages. Admission is by free-will donation (suggested: $10-25 adults, $5-10 youth). The Early Music Youth Academy is part of Seattle Historical Arts for Kids, which is fiscally sponsored by Shunpike. 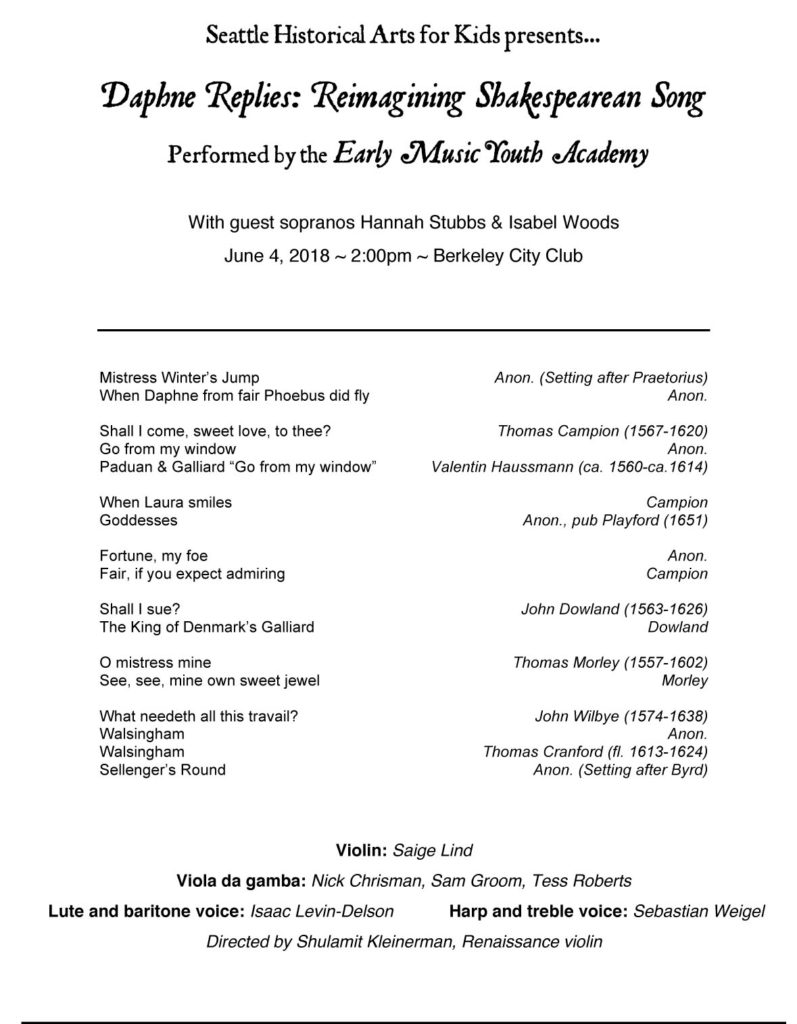 About the Early Music Youth Academy

The Early Music Youth Academy is a program of Seattle Historical Arts for Kids, where young people aged six to teen have been discovering themselves as ambassadors for the arts of the Medieval, Renaissance, and Baroque eras for more than ten years. Four of EMYA’s current student players are founding members who have been playing together since the first semester in autumn 2014. Devoted to the joys of Renaissance mixed-consort music, EMYA enrolls in two semesters per year and performs three to five times annually. Appearances have included opening for Piffaro and the Baltimore Consort and headlining the Seattle Public Library’s opening ceremony for the touring Folger Shakespeare Library exhibit of the First Folio. SHAK’s arts camps, theatrical performances, and instrumental ensembles include learning opportunities for everyone—from newcomers to music and theater to vocal and instrumental musicians pursuing year-round training. Founded and directed by Shulamit Kleinerman, winner of Early Music America’s 2015 Laurette Goldberg Award for early music education, SHAK is also a recipient of an EMA Outreach Award for its original February 2018 theatrical project, The Life and Times of Queen Christina of Sweden. SHAK is fiscally sponsored by Shunpike. To make a donation, learn about our upcoming projects, purchase our elementary-school history enrichment CD and songbook, or see photos and videos of past projects, visit us online at historicalarts.org. 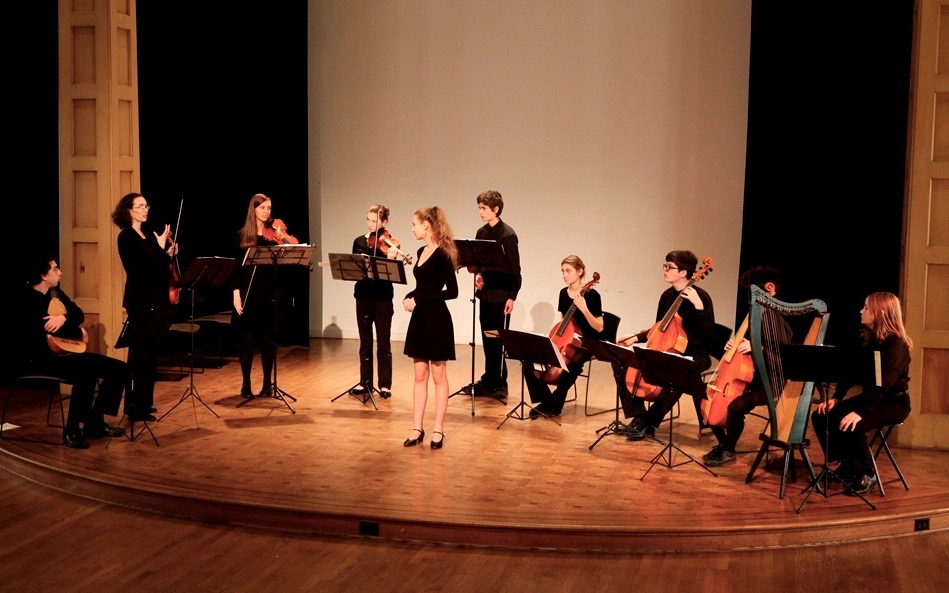