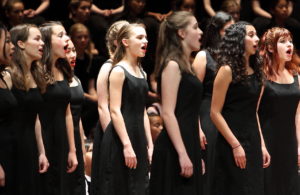 My introduction to early music came through singing in a children’s choir. This was in 1960, a time when the voice of classical music — live, broadcast, and recorded — was stronger in our national culture than it is today, but our appreciation of early music was only beginning. Besides the obligatory, annual Messiah broadcast (usually by the Mormon Tabernacle Choir), one might hear a little Bach on the radio by Glenn Gould or E. Power Biggs (never by Landowska) or in a supersized Stokowski arrangement, but that was about it.

The choir was the Children’s Choir of the First Unitarian Church of Chicago. For folks who know the Windy City, I’ll note it later became the Chicago Children’s Choir, today a highly respected, city-wide institution with many branches. In 1960, it was just a church choir, really part of a church choir. But its director, Christopher Moore, was a visionary, who not only knew and loved historical music, but who believed in the historical role of children as musicians, as the trebles of mixed choirs performing early music. Chris never talked down to the kids. He always told us we were doing something important, something musically authentic.

In so many ways, it was an eye-opening (ear-opening?) and transformative experience. It gave me intimate exposure to a great deal of wonderful early music, not just more familiar icons like Handel, Bach, and Purcell, or even Lassus and Palestrina, but composers like Sweelinck and Gastoldi I never would have known otherwise. It made me respect the value of historical practice. And perhaps most important, because it was an immersive experience, it was empowering. It made me feel that an ordinary person, a child, could be part of so great an artistic project. It made me identify with and embrace early music, to want to sing and play it as well as listen to it, something I never could feel with the late Romantic orchestral works I was hearing on the radio or in concert halls. 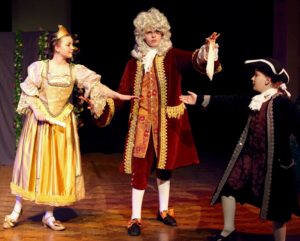 Instilling a love of early music in children and youth is not only crucial to the future of historical performance and to keeping the music we so love alive; it is a lifelong gift to these young people, and we hope a gift to the world. An important part of the Festival is encouraging the love and performance of early music in coming generations, and there is a special joy in presenting and hearing the voices of youth on the BFX stage. This June, several concerts celebrate the future of historical performance with talented young artists—from primary school through high school, college, and conservatory—as part of its Young Artist Series.

On Sunday, June 3 at 4:00 p.m., Seattle Historical Arts for Kids (SHAK) will present an hour-long spoken play that includes arias and choruses from Handel’s Serse performed by a youthful cast of 8-year-olds to teens. A recipient of the 2017–2018 Early Music America Outreach Award, SHAK has been introducing young people to 12th–18th century music, dance and theater for over thirteen years through its year-round music academy and school programs. 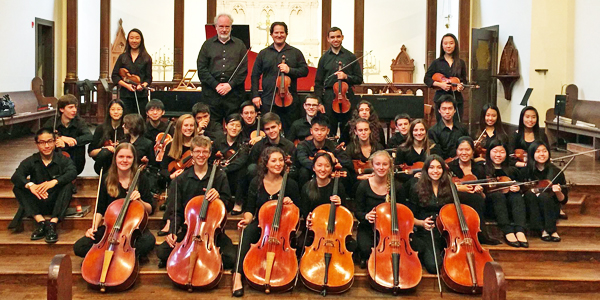 BFX welcomes back the Davis High School Baroque Ensemble that same day for a 4:00 p.m. concert that features a selection of works by Antonio Vivaldi, George Frideric Handel, Henry Purcell, Charles Avison, and Jean-Baptiste Lully. Led by Director and Conductor Angelo Moreno, the Davis High School Baroque Ensemble was the first of its kind to be established in a United States public high school. Over the past twelve years, it has grown to four times its original size and students perform on instruments that have been converted to the style of this period. Two members of the ensemble, Caleb Young (violin) and Connor Ching (cello), will perform as soloists in Vivaldi’s Concerto for 2 Violins, Cello, and Continuo (with Mr. Moreno taking the 2nd violin part). Mr. Young also will perform in Vivaldi’s Violin Concerto No.11 in D for violin and strings, RV 204. Kohlin Sekizawa (keyboard), will perform as soloist in Handel’s famous organ concerto “The Cuckoo and the Nightingale.” 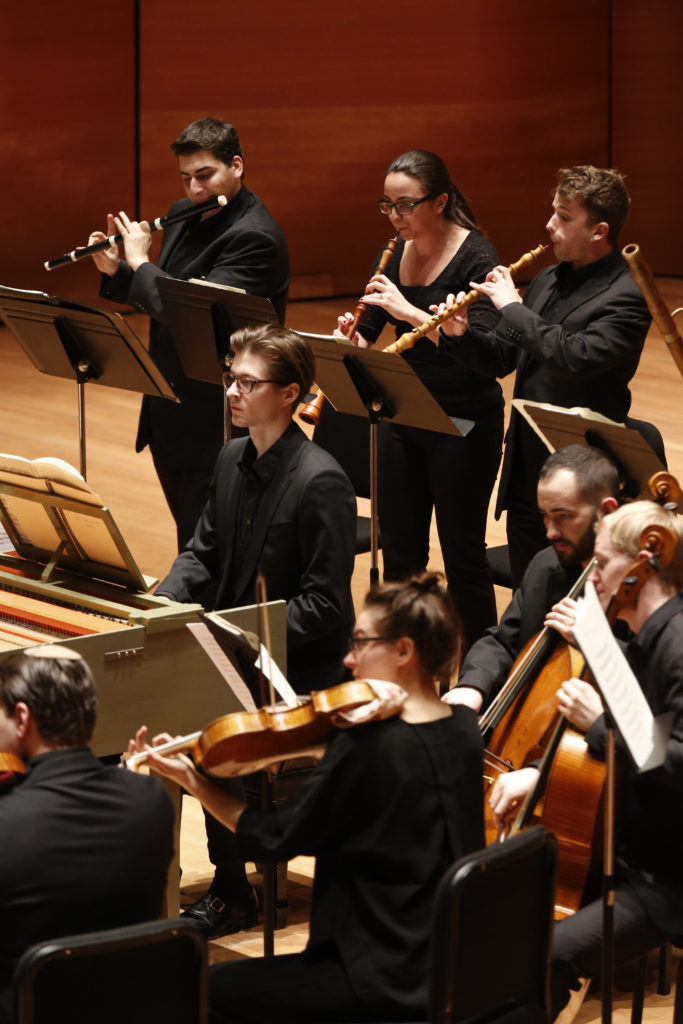 Voices of Music and the GRAMMY award-winning San Francisco Girls Chorus will co-present a concert version of Henry Purcell’s Dido and Aeneas in two separate performances, Thursday June 7 and Saturday June 9. The composer’s only full opera was performed at Josiah Priest’s Girls School, London in 1668, yet no existing musical score survives. As a result, performances maintain a certain degree of artistic flexibility in interpretation. These performances will serve as a recreation of what may have been heard by audiences at this time. The Thursday performance will also feature a first half program dedicated entirely to the music of Vivaldi. Valérie Sainte-Agathe will lead the San Francisco Girls Chorus in a performance of Laetatus Sum, RV 607 while baroque violinist Alana Youssefian will feature as soloist alongside Voices of Music in Concerto per la Solennità della S. Lingua di S. Antonio in Padua, RV 212. Led by Directors David Tayler and Hanneke van Proosdij, Voices of Music is one of the most important new ensembles to have emerged from the Bay Area’s rich early music and recently celebrated its milestone 10th-Anniversary season in 2016–2017. San Francisco Girls Chorus’s collaboration with Voices of Music continues its ongoing partnerships with prestigious organizations and ensembles such as San Francisco Opera, Kronos Quartet, Philip Glass Ensemble and Opera Parallele.

Please note that the concerts by SHAK, SF Conservatory, Davis, and Juilliard, are specially priced at $15 ($5 for children and youth) to encourage maximum attendance. Also, the Saturday morning repeat of Dido and Aeneas is priced at $25. We hope you will attend some of these events. We guarantee you will leave at the end with a smile on your face and a song in your heart.