As producer of the Berkeley Festival & Exhibition, The San Francisco Early Music Society is dedicated to fostering the missions and promoting the events of partner early music organizations. 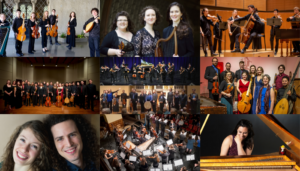 SFEMS welcomes the return of Early Music America’s (EMA) Young Performers Festival to the Berkeley Festival & Exhibition since its last appearance in 2016. Come see the future of early music in action!

“EVERYBODY BUT BEETHOVEN”: A CELEBRATION OF BEETHOVEN’S 250TH ANNIVERSARY 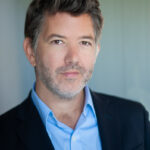 On the Hertz Hall stage, the audience will have the opportunity to get close to a pair of Viennese fortepianos from the Nineteenth-Century Piano Collection of the University of California, Berkeley, as Nicholas Mathew leads a discussion of the musical reciprocity and animosity between Beethoven and his contemporary adversaries and inspirations, from Neefe and C. P. E. Bach to Haydn and Clementi. 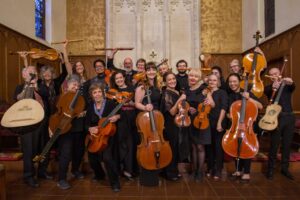 This event is funded in part by a grant through the National Endowment for the Arts (NEA) Art Works program.

EMA is pleased to be presenting BFX’s inaugural “Community Baroque Play Day”— a chance for all members of community early music ensembles, from baroque orchestras, medieval choirs and gamba groups, to recorder orchestras, to come gather for a cheery day of musicking and getting to know your fellow community early musicians from across the West and North America! 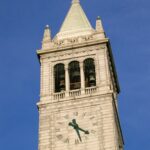 Celebrate the final day of the festival with a 45-minute, free performance of early music on Sunday, June 14 at 2:00 pm at “The Campanile”, the third-tallest bell-and-clock tower in the world and one of the most iconic symbols of UC Berkeley. 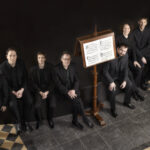 The 2020 Berkeley Festival will allow for intimate contact with some of the great performers, teachers and scholars on today’s early music scene. New events will be added throughout the spring. Please check back for updates.