Papa And The Young Virtuoso: String Quartets From The Dawn Of A New Century

Joseph Haydn, Op. 77, no. 2 “Lobkowicz” (1799) Louis Spohr, String Quartet no. 5, Op. 15, no. 2 (1809) The newly established and historically informed Sylvestris Quartet plays Joseph Haydn’s last complete string quartet, Opus 77, no. 2, written at age sixty-seven in the year 1799, and a rarely heard, lively, and inventive work by the twenty-four year old virtuoso violinist Louis Spohr, his Opus 15, no. 2 from 1809. This “scene” reveals two works, written in different centuries, but within the span of 10 years, and shows the father of the string quartet witnessing the dawning of a new era, alongside a daring, young composer, whose personal style owes as much to contemporary influence as it does to Haydn’s refined model.

Anna has studied with Bettina Mussumeli, Elizabeth Blumenstock, and Peter Zazofky, and has degrees in violin from the San Francisco Conservatory of Music and Boston University.

Tyler Lewis, violin, received his B.A. from the San Francisco Conservatory of Music while under the instruction of Bettina Mussumeli, and has also appeared in master classes with Robert Mann, James Greening-Valenzuela and Zaven Melikian. Specializing in Baroque music, Tyler performs with Philharmonia Baroque Orchestra, and has performed with the ensemble at Mostly Mozart at Lincoln Center in New York City, St. Paul International Chamber Orchestra Festival, as well as at the Norfolk and Tangelwood Music Festivals.

Aaron Westman, viola, was a “metal-head” and prog rock fan growing up in California.  In college, he began to focus on the electric guitar of the seventeenth century: the violin. A “brilliantly virtuosic” (EMA) violinist and violist, he has made a career for himself as “one of the most popular period instrumentalists on the west coast” (Press Democrat). He performs as a soloist and chamber musician with Agave Baroque, ABS, El Mundo, Ensemble Mirable, Live Oak Baroque Orchestra, MUSA, Musica Pacifica, Seicento String Band, Seraphic Fire, and The Vivaldi Project. As a principal player, Aaron works with ABS, Berkeley West Edge Opera, Bach Collegium San Diego, Los Angeles Master Chorale, Musica Angelica, Musikanten Montana, Magnificat, New Hampshire Music Festival, and performs regularly with Wiener Akademie and, since 2006, with Philharmonia Baroque.

Aaron co-directs the award winning ensembles Agave and LOBO. VGo Recordings released his third album on the label, Concertos for Winter, and features Aaron as a soloist in two Vivaldi concertos with LOBO alongside co-director Elizabeth Blumenstock.

Aaron is currently Music Director of the Santa Rosa Symphony’s Young People’s Chamber Orchestra, and in the summer teaches in Tuscany. He taught at CalArts for three years.

Gretchen Claassen, cello, a versatile chamber musician, has performed with some of the west coast’s leading baroque specialists, including American Bach Soloists, Portland Baroque Orchestra, Musica Angelica, Musica Pacifica, Agave Baroque and Ars Minerva, and is the recipient of the 2015 Jeffrey Thomas Award. She is also a founding member of MUSA and the Cello Street Quartet, which has taken her around the world participating in the American Music Abroad program through the U.S. State Department.

Gretchen was a student of Bonnie Hampton at The Juilliard School, where she received a BM in ‘Cello Performance. In 2012, she was awarded an Artist’s Certificate in Chamber Music from the San Francisco Conservatory of Music where she studied with Jennifer Culp and Elisabeth Reed. As a participant in the San Francisco Conservatory of Music’s acclaimed Chamber Music Masters series, Gretchen has collaborated with Menahem Pressler, Robert Mann, Bonnie Hampton, Roberto Diaz, and Joseph Swensen. 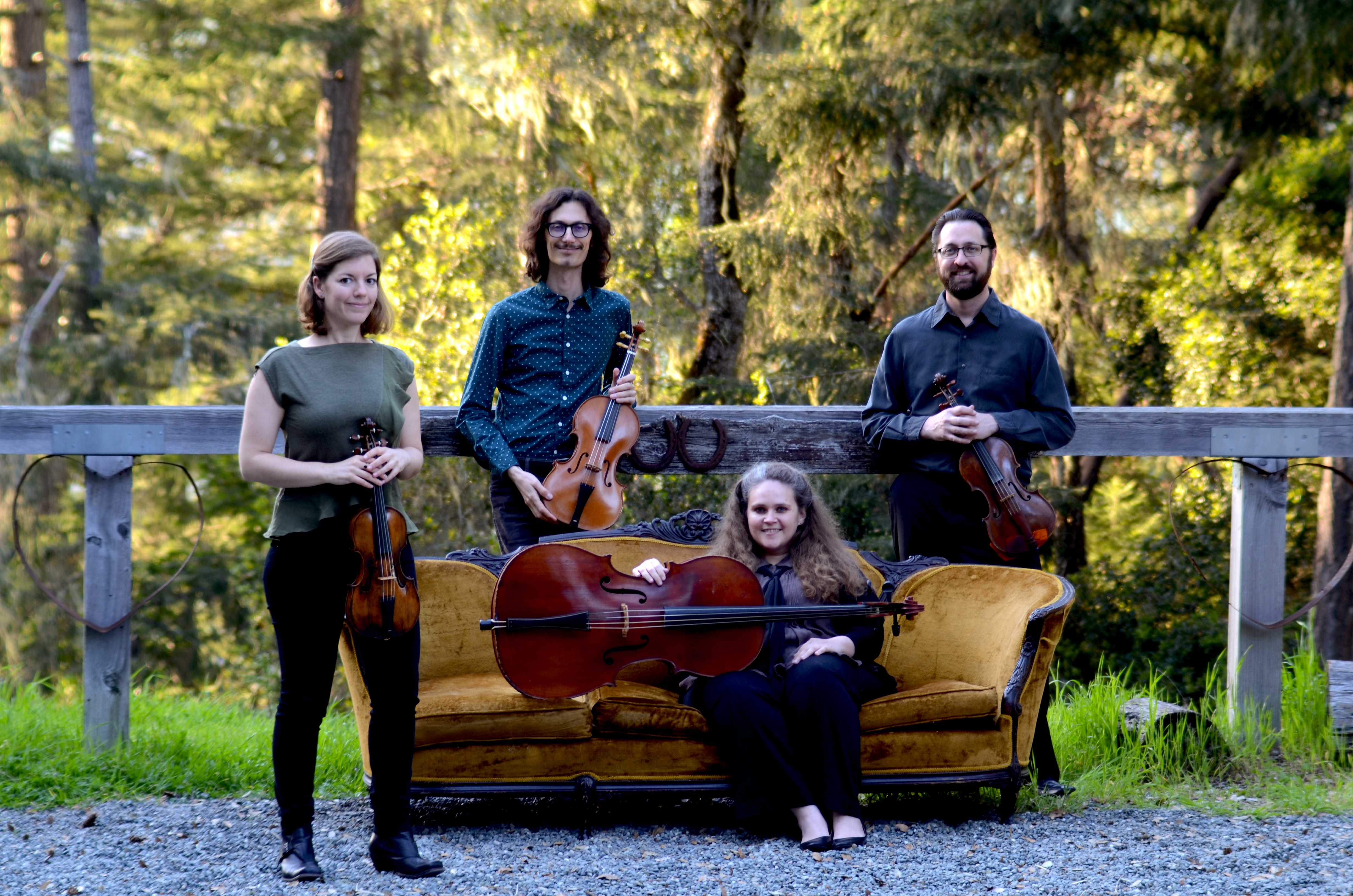