The Battle of the Century (the 18th C, that is): Bach v Telemann 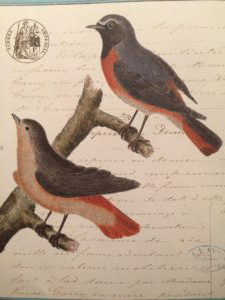 The Briarbird Consort presents   The Battle of the Century:  (the 18th Century, that is) Bach v. Telemann   Hear two Giants of the Baroque go Head to Head, using the keys E major and E minor, in a Contest for Supremacy  in composing Sontatas for Flute and Continuo, and You, the Fan, will determine the Winner!!! Your reward will be lovely arias for Soprano with flute obliggato in B minor by each contestant.

Johann Sebastian Bach and Georg Philipp Telemann, colleagues and close friends, might have been amused by this marketing ploy, but they’d have understood. Musical contests were a feature of 18th C. music, like the legendary organ improvisation contest in Dresden pitting Bach against the French virtuoso Louis Marchand, aborted when Marchand got cold feet and left town early on contest day. Bach might also have been flattered by the comparison, since Telemann was more successful and famous.  Bach only got the Leipzig job after Telemann had turned it down, and his attempts to find other positions went nowhere.  The six Brandenburg Concerti and the B Minor Mass were both compiled in support of job applications that failed.

Our program is presented in one of Berkeley’s finest chambers for music, the Drawing Room of the Berkeley City Club, presently touted as “Julia’s Castle.”  Julia Morgan was an Oakland girl who, like cellist Paul Hale, earned an engineering degree from UC Berkeley.  She went to Paris, struggled for two years to gain admission to the Ecole de Beaux Artes, and was the first woman admitted to its architecture program.  Returning to the Bay Area not long after the 1906 earthquake, she quickly made a reputation with successful structures, catching the attention of William Randolph Hearst, who engaged her to design and build Hearst Castle on the San Simeon coast.  That job went on for over a decade, during which she trained numerous craftsmen in specialized concrete, tile, and glass work.  They were available when she began work on this faux medieval temple, her gift to the city where her career began, which opened in 1934 as the Berkeley Women’s City Club.  The Drawing Room has its own powder room, and opens onto her intimate sculpture garden.  Our music begins at 4:00, but the door will open at 3:30 with complementary hors d’ouevres, soft drinks, coffee, tea and wine.

If you wish to make a reservation, you can email pcfisher@berkeley.edu.  We hope you have a rewarding Festival.

The Battle of the Century:
(the 18th Century, that is)
Bach v. Telemann 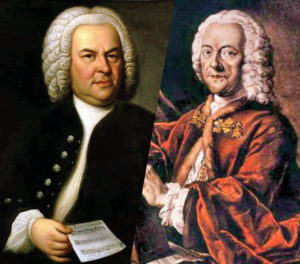 Of Bach’s 15 surviving sonatas for accompanied solo instrument (six each for violin and flute, plus three for viola da gamba), only the two we’ll play are with continuo accompaniment, which means he wrote the bass line and indicated chords with a system of numerical figures to be used by harpsichord, lute, organ or any chordal instrument to fill the harmony.  None of the 15 were published in his lifetime.  Telemann, on the other hand, wrote and self-published many for his audience of amateurs, though our focus is on his 1734 publication XII Solos a Violon ou Traversiere avec la Basse chifree, faits par Telemann.  This wonderful set, his final offering of its kind, was not published in a modern edition until 1988 and is still not widely known, a testament to the reversal of opinion about these two composers.  The modern editor, Jeanne R. Swack, finds “his stylistically richest and most advanced pieces for solo instrument and basso continuo.”  Though violin is specified in the title, to appeal to more buyers, no pieces go lower than D, the lowest note on the baroque flute, and the violin’s G string is never used.  The set is a virtual catalog of baroque forms, and a demonstration of combining French with Italian (and Polish) styles into a cosmopolitan “mixed taste.”

Our two cantata arias with obligatto flute leave Telemann at an unfortunate disadvantage in this “contest.”  His aria is a fine, vigorous and uplifting piece that could put a smile of pleasure on your face.  But Bach’s “Seele, deine Spezereien,” an aria from the Easter Oratorio, is a few notches above “masterpiece.”  It’s text, “Soul, your exotic delicacies should no longer be myrrh, for only resplendent with a laurel wreath will your anxious desires be stilled,” evoked from him incomparable musical text painting, with smoky, seductive cascades of descending triplets from the flute decorating the words “exotic delicacies,” and a seamless modulation to a noble B section in A major that feels like a door opening to paradise.

Continuo sonatas can get boring quickly, no matter how charming the tune, if the bass line is a simple three chord pattern.  Not so with these masters, who use the opportunity to write real duets in which the “soloist” often accompanies thematic material sung by the bass.  Both show deep understanding of flute technique, as when a leap of a 10th or a 12th can be made without moving a finger (only on the one-keyed baroque flute–the same intervals on a modern Boehm flute might require awkward crossfingerings).  The catalog of their shared technical excellences is long; the goal of our program is to showcase them side by side and perhaps surprise an audience with Telemann’s richness.  The flutist Stephen Schulz has commented that Bach is the reason we play baroque flute, but that Telemann is not far behind as a reason.  If you’ve read this far, you’re sure to enjoy Schultz’ performances of Telemann’s Paris Quartets with Philharmonia Baroque Chamber Players on Thursday at 4:00 at St. Mark’s Episcopal Church around the corner.

Bach’s Sonata in E minor may have been written in 1720, 14 years earlier than Telemann’s collection. There’s no manuscript, but we have three reliable copies made later in the century.  There is an autograph of the E major, and its story provides a fascinating insight into Bach the person.  It is dedicated and was presented to the flutist Michael Gabriel Fredersdorf sometime between 1741 and 1747.  It’s in galant style, favored in the court of Frederick the Great, who was an accomplished flutist (and composer).  Fredersdorf is variously described as Frederick’s secretary, his confidante, his valet:  in fact he was Frederick’s lover.  They met when Frederick, aged 16,  was imprisoned by his father, Frederick I, for trying to run away to England with his tutor.  As Voltaire, who lived with them at Sans Souci, described it, “This young soldier, handsome and well-built, entertained the king with his flute, and in other ways.”  Fredersdorf’s bedroom had a connecting door with Frederick’s, who wrote of him in his diary, “He has a very pretty face.”  There can’t have been a lot about this relationship that Bach didn’t know, since his second son, Carl Philipp Emanuel, was Frederick’s personal harpsichordist, and was certainly consulted by his father for advice.  The goal must have been to reach the king’s ear with his music, and what better way than to dedicate a piece to the king’s consort?  Such speculation certainly enriches one’s experience of the piece.  It helps to understand Bach’s high opinion of Frederick to remember that the king was a model enlightened monarch who saw his duty as serving his people, as well as a military genius whose tactics are studied in war colleges today, tactics which resulted in the unification of Germany (and a soldier who was weird enough to bring his musical establishment with him when he went to war, so he could play chamber music in the evening). 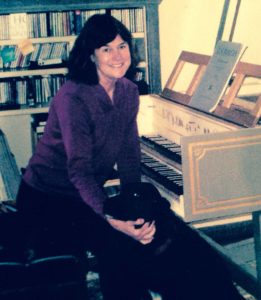 Harpsichordist Nina Bailey enjoys playing continuo with many Bay area chamber music friends.  She played six years with the Jefferson Baroque Orchestra in Ashland, OR, and in SF Impromptu Chamber Orchestra performances at Capp St. and Old First Church.  She is a staff accompanist for the Hidden Valley/Carmel Valley recorder and viola da gamba workshop, and the Viols West workshop in San Luis Obispo.  In addition to many years playing continuo for conductor Frances Blaker’s Bay Area Baroque Orchestra, she has played for baroque operas produced by Sally Blaker, impresaria gloriosa.  Among her harpsichord mentors are Tamara Loring, Hanneke van Proosdij, Phoebe Craig, and Katherine Heater.  She plays in support of such local string and woodwind teachers as David Wilson, David Morris, Judy Linsenberg, Louise Carslake, John Dornenberg, Larry Lipnik, Shira Kammen, and Tish Berlin.  Quote:  “For a career research biologist, this music life is just plain delightful.  So many thanks to my wonderful friends in music.” 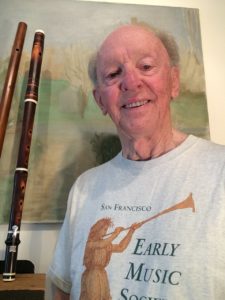 a semi-pro baroque quartet in the 70s and 80s called the Berkeley Street Ensemble, where he first played with Paul Hale.  Introduced to baroque flute by Frans Breuggen and Kathleen Kraft, he continues to study; currently, whenever possible, with another student of Mr. Krell, Sandra Miller.  He met Nina Bailey and Kaneez Munjee while working with the chamber music coach Tamara Loring, has performed with Kaneez Munjee’s group Briarbird, and worked with Nina Bailey for over a decade.  In 1974 he was a founder of the Berkeley Shakespeare Festival/California Shakespeare Theater, performing in 11 seasons and serving 27 years on its board of directors, and is a former director of the medieval vocal ensemble Coro Ciconia.  He is retired from the staff of the UC Berkeley School of Public Health. 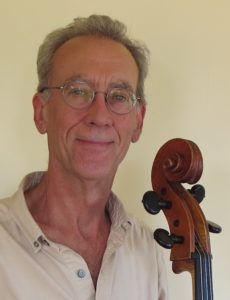 Paul Hale, a native bay area cellist, did some of his first baroque music playing with Peter Fisher and Stephen Pitcher in the late 70s while an undergraduate at UC Berkeley, where he studied cello with Margaret Rowell and somehow came away with a B.S. degree in Mechanical Engineering.  After designing two new locking mechanisms for the Schlage Lock Co., he joined the Oakland Symphony and began a music career.  Paul has been a cello instructor at UC Berkeley, UC Santa Cruz, and the Castro Valley School of Music.  He is currently a member of Opera San Jose, California Symphony Orchestra and Philharmonia Baroque Orchestra, and often subs in the Freeway Philharmonic circuit.  Occasionally, for fun, his bowing hand wields a soldering iron to rebuild old vacuum tube amplifiers. 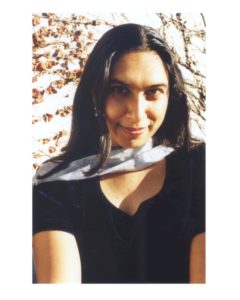 Kaneez Munjee, soprano, has sung semi-professionally in the Bay Area for the past several years, specializing in the Renaissance and Baroque repertoires.  She is the founder and director of the Baroque chamber ensemble Briarbird, which focuses on the vast repertoire of non-operatic music of the 17th and 18th centuries for one, two, or three voices with instrumental accompaniment.  An active choral singer as well, she has sung with the American Bach Choir, San Francisco Symphony Chorus, Marin Symphony Chorus, California Bach Society, San Francisco Renaissance Voices, the Chalice Consort, Pacific Collegium, and many other San Francisco Bay Area groups.  She holds a joint Ph.D. in music and humanities from Stanford University with a dissertation on the figure of Orpheus in French Baroque cantatas, and is active in the Bay Area musical community as a writer for San Francisco Classical Voice, a program annotator, and an arts administrator.