By Heidi Waterman on May 23, 2022 in BFX Main-Stage, Uncategorized 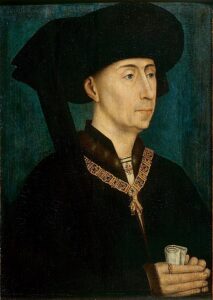 The Distinguished Order of the Golden Fleece is a Catholic order of chivalry originally founded in Bruges, Flanders, by Philip the Good*, Duke of Burgundy in 1430 to celebrate his marriage to Isabella of Portugal. The new order was seen as a role model of a noble order based on the ideals of Christian chivalry, and enjoyed privileges unusual for an order of knighthood, including exclusive jurisdiction over any crimes committed by the knights, and the accused’s remittance to the (presumably much more comfortable) custody of his fellow knights, instead of jail, during his trial.

Politically, due to the instability of the Hundred Years’ War (1337-1453) in France, the cultural center of Europe had shifted east at that time, from Paris to Burgundy and to Flanders, Brabant, Holland, Luxembourg, Alsace and Lorraine, then called the Low Countries (now called the Netherlands). Thanks to the patronage of Philip the Good and his immediate successor as Duke of Burgundy, Charles the Bold, the arts flourished in the Burgundian court. The court was considered a leader in the tastes and fashions of the time, and so musicians from other areas migrated to Burgundy to study and to further their own careers, and composers such as Guillaume Dufay, Johannes Tinctoris, Josquin des Prez, Hayne van Ghizeghem, and Gilles Binchois all enjoyed the support of the nobility.

After the relatively stable years of Philip’s (1419-1467) and Charles’ (1467-1477) reigns, while the music of the Burgundian School still thrived, the area was split politically; the duchy of Burgundy was absorbed into France, and the Spanish Habsburgs gained control of most of the Low Countries. After the War of the Spanish Succession in the early 1700s, the Order itself split into two factions, the Spanish (Bourbon) and the Austrian (Habsburg) Fleece; each continues to grant separate versions of the fleece.

The Order of the Golden Fleece is still extant today, although no longer exclusively reserved for the Catholic nobility: current members include Queen Elizabeth II, Emperor Emeritus Akihito of Japan, Queen Beatrix of the Netherlands, and former French president Nicolas Sarkozy. 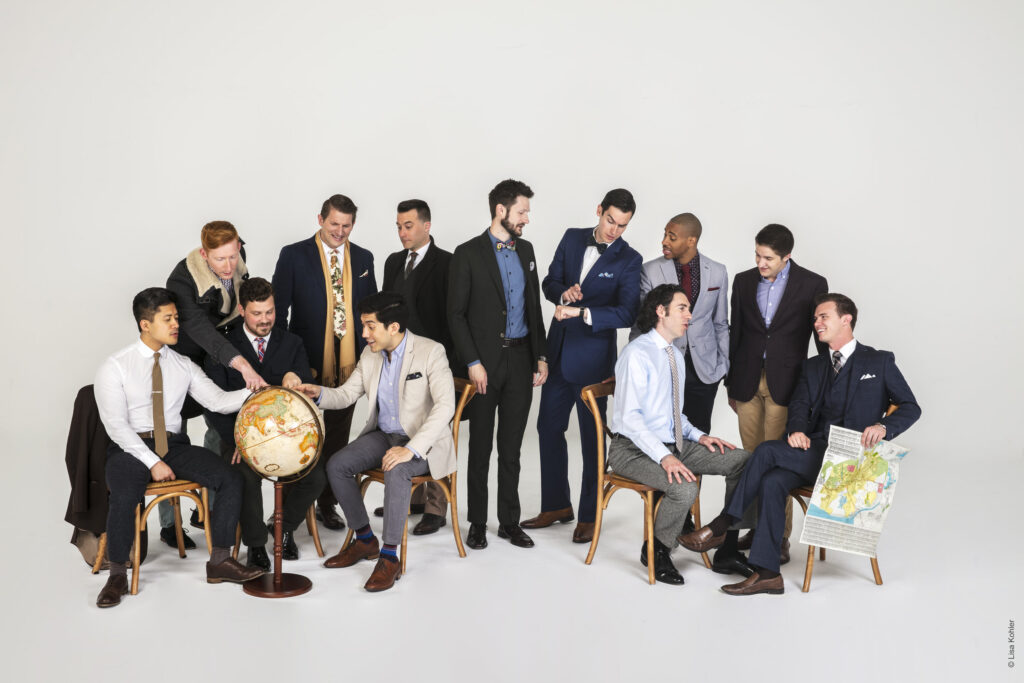 Come hear composers active in the Burgundian court, including Dufay, Busnoys, Tinctoris, and des Prez, sung exquisitely by men’s choral group Chanticleer, in No Mean Reward—Chanticleer and the Golden Fleece at the BFX on Friday, June 10, at 8 PM!

From Haiti and Back Again: The Travels of Lisette
The Operatic Life of Artemisia Gentileschi