The Rose and the Bear

Tickets available at the door. Prices: $15 adults; $10 students and seniors; free for children 10 and under. 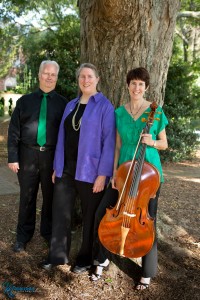 BARBARA BLAKER KRUMDIECK, CELLO, grew up in the San Francisco Bay Area concerts at the Paris Opera house and the Palace of Versailles where she studied cello with Katherine Scott, Mildred Rosner and Thomas Stauffer. She studied baroque cello at the Conservatory of Music in Hilversum, the Netherlands with Phoebe Carrai. While living in Europe, Barbara performed, toured and recorded with Concerto Koln. Krumdieck performs and has made several recordings with Ensemble Vermillian, a group she formed with her sister, recorder player Frances Blaker. Ensemble Vermillian has performed fringe concerts at both the Boston Early Music Festival and the Berkeley Early Music Festival.  In addition to performing in numerous chamber ensembles throughout the southeast, Barbara is also co-founder and principal cellist of the North Carolina Baroque Orchestra. She is currently the artistic director of  Music at St. Alban’s and Music at St. Peter’s, concert series in Davidson and Charlotte, NC.

FRANCES BLAKER, RECORDERS, performs on recorders of all types and sizes as soloist and with Ensemble Vermillian, Farallon Recorder Quartet, Sitka Trio and Tibia Recorder Duo. As a member of Ensemble Vermillian she explores, transcribes, performs and records chamber music of the 17th and 18th centuries. She has performed as soloist with the North Carolina H.I.P. Festival 2013, the Atlanta Baroque Orchestra, Wild Rose Ensemble, and numerous other groups in the U. S., Denmark, England, France, Italy and the Netherlands. She is conductor and music director of the North Carolina Baroque Orchestra, and of BABO (Bay Area Baroque Orchestra), a community orchestra for accomplished amateur players.

Ms. Blaker received her Music Pedagogical and Performance degrees in recorder from the Royal Danish Conservatory of Music in Copenhagen where she studied with Eva Legêne.  She also studied with Marion Verbruggen in the Netherlands. She teaches privately in person and long distance via Skype, and at workshops throughout the US.

She has recorded with Ensemble Vermillian and the Farallon Recorder Quartet.

COLIN SHIPMAN, VIOL, began playing the viol in 1992, a few months before he actually saw ‘Tous Les Matins du Monde’, and studied with Mark Chatfield.  In 2000 he received his Master’s degree in Music, Viola da Gamba Performance, from Indiana University where he studied with Wendy Gillespie from 1997-1999.  Colin performs regularly with Les Violettes and Faire Violls.  He repairs cellos, double basses, and viols at Ifshin Violins in El Cerrito.  Colin is currently obsessed with sea kayaking, but he still rides a skateboard and lives in Napa with his wife Violet Grgich, and their son Noel.

VIOLET GRGICH, HARPSICHORD, received her BA in Music at the University of California at Davis, studying with Tamara Loring and performing with the UCD Early Music Ensemble as alto, recorder player, viola da gambist and harpsichordist.  Ms. Grgich received her Master of Music degree at the Indiana University School of Music where she studied with Elisabeth Wright, Colin Tilney, and Nigel North. She has performed with Jeffrey Thomas, the Hilliard Ensemble and with the Indiana University Baroque Orchestra.  Ms. Grgich spends most of her time managing the family winery, Grgich Hills Estate.  She has even been seen playing the accordion.

DAVID WILSON, VIOLIN, has performed extensively with period instrument ensembles in the United States and Europe. An avid chamber musician, he has played with the Baroque Northwest and Magnificat, and he is a founding member of Florilegia, the Galax Quartet, Aurora Baroque, and other ensembles. A co-founder of the Bloomington Early Music Festival, he also performs regularly at the Boston Early Music Festival, the Berkeley Early Music Festival, and the San Luis Obispo Mozart Festival. He has taught Baroque violin at Indiana University, where he earned the Doctor of Music degree in Early Music, and he holds degrees in violin from Bowling Green State University in Ohio and The Catholic University of America in Washington, D.C. His interests outside of music include cosmology, zymurgy, and science fiction (and he would love to discover a science fiction novel about a homebrewing cosmologist). He is the author of Georg Muffat on Performance Practice, published by Indiana University Press. 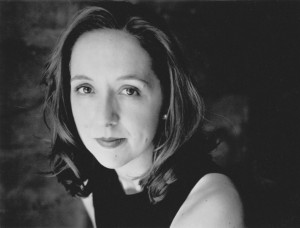 COREY CARLETON, SOPRANO, is a native of Northern California, yet she met her friends Violet, Colin and David at Indiana University, where they studied Early Music together. She grew up singing 60’s and 70’s folk music with her Dad, and later studied music at UC Berkeley as an undergraduate, and earned a Master’s degree in Voice at Indiana University, specializing in Early Music. Corey has performed with Les Violettes for a decade as well as other chamber groups such as Tesserae, Faire Violls, Musica Angelica, The Los Angeles Chamber Singers, and The Concord Ensemble. She is a founding member of the LA based band, Motherland, where she performs in the singer songwriter tradition. Corey serves on the Board of Directors of the Grammy® award winning Los Angeles Chamber Singers. Corey lives in Los Angeles with her husband and daughter, and is delighted to be singing once again with her good friends in Les Violettes and her new friends in Ensemble Vermillian.