“Wingin It” features old and new music (from the early baroque as well as newly-commissioned works) that is founded in improvisational styles and uses birds and bird calls as its vehicle for musical variation. The “Wingin It” program grew out of Frances’ recent recorder residency on the central Oregon coast at the Sitka Center for Art and Ecology in May 2013 where she began working on a concert program of bird music for recorder. She first performed the program in November 2013 to a sold out house at the Jazzschool in downtown Berkeley. On the first half of the program, blackbirds will be featured in the world premieres of three new works for recorder and string quartet by Erika Oba, Glen Shannon, and Roy Whelden. Ms. Oba’s arrangement is done in the style of a Charlie Parker plus strings recording, but of course, instead of saxophone and strings, you get alto recorder and strings. Mr Shannon’s work is a jazzy fantasy in a neo-baroque style, and includes among its sections a five-part fugue. Roy Wheldon’s “Blackbird Disturbance” takes motives and spins them out, first on the recorder in a rubato opening section over shimmering strings, then in a more rhythmic and minimalistic style in its second section with the whole ensemble. All three works have opportunity for improvisation. The second half of the program comprises 17th- and 18th-century works by Jakob van Eyck, Paulus Matthys and François Couperin which picture the nightengale (and linnet) musically. The Couperin works, “Le Rossignol vainqueur,” “Le Rossignol en amour,” and “La Linotte éffarouchée,” are from his monumental collection Pièces de claveçin, 3eme Livre, 14eme Ordre (1722), which was much beloved by later composers for its pictorialism. His bird movements are just as evocative, and based on Couperin’s own suggestion that the rossignol pieces are equally as effective on flute as well as harpsichord, we have orchestrated their two-part counterpoint with recorder and bass viol. Part of the lovely style of these pieces is in rendering the French graces with a sense of spontaneity and accuracy; one can sense the opportunity for ornamental improvisation. The van Eyck and Matthys pieces (1649) are multiple sets of divisions, or improvised melodic variations, on nightingale tunes. Van Eyck is famous as both a carillon and recorder player; he was blind, and Paulus Matthys, a viol composer and publisher himself, notated the improvisations for him. The program ends with a set of divisions by Ms. Feldon on Bye Bye Blackbird in the style of van Eyck, bringing the program full circle. – Frances Feldon 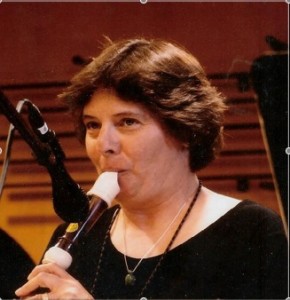 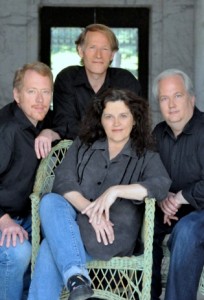 In the weeks surrounding BFX violinist/violist Anthony Martin has played concerts main stage and fringe with groups as diverse as the New Esterházy, Novello, and Artaria Quartets, Philharmonia, Magnificat, Baroque Nouveau, the Bay Area Baroque Orchestra, and ABS. Highlights have been “Haydn’s Juke Box” with NEQ, an all-Purcell program in a Telegraph Avenue gallery, and the 2012 Festival’s Gustav Leonhardt Celebration at the Berkeley City Club. In this year’s Festival he appears with the Galax Quartet, Musica Pacifica, and the Philharmonia Chamber Players.

Roy Whelden, composer and performer on the viola da gamba, has been called “a key figure in the world of new music” (Early Music America). He has been profiled as a composer and gambist on Minnesota Public Radio.  He has made many recordings including the award winning Shock of the Old, and Galax – music for viola da gamba (New Albion 059) as well as Like a Passing River (New Albion 072). (These are available on iTunes and Amazon.com.) He has performed and recorded with many internationally known ensembles, including Sequentia, American Baroque and Ensemble Alcatraz.

Erika Oba, composer, flautist, and pianist, was born and raised in the SF Bay Area. She studied with Dan Wall at Oberlin Conservatory, where she received her BM in Jazz Piano Performance. Since moving back, she has been composing, teaching, and performing in the East Bay. She has been active in a variety of settings including indie rock bands, funk bands, original jazz groups, and musical theater companies. Ms Oba teaches at the Jazzschool and is currently pursuing a master’s in composition at Mills College.

Glen Shannon is a composer, baroque flautist, and recorder player living in El Cerrito. His compositions have garnered him several prizes in national and international contests. He publishes his music at www.glenshannonmusic.com, and his works have been published by Moeck Verlag, PRB Productions, and the American Recorder Society. Mr Shannon’s compositions have appeared in Recorder (UK) and Blokfluitist (Belgium) magazines. In 2013 he was First Prize winner in the composition contest sponsored by the Washington DC Recorder Society; and in 2007 he was a prize winner in the Chicago Recorder Society contest, and one sponsored jointly by Amsterdam Loeki Stardust Quartet and the American Recorder Society. Performances of some of his works can be found on YouTube at www.youtube.com/glenshannon.