Commemorating the bicentennial (1814-2014) of Giuliani’s Grande Ouverture and the Congress of Vienna …And also exactly 200 years ago in June, Johann Friedrich Reichardt (1752-1814) died. Influential as composer (of the earliest lieder set to poems of his friend Goethe) and as music essayist, Reichardt spearheaded the rediscovery of Bach, played the lute as a third-generation student of the great Weiss, and named one Mauro Giuliani the “consummate Neapolitan guitar player who recalled for me the good old days of true lute playing.” This program places the works of these 3 musical giants side by side, illustrating perhaps the reason eighteenth-century plucked instruments evolved from most complex (24 strings in 13 courses) to minimalist (6 single strings.) 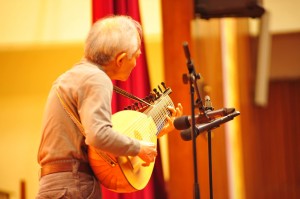 Franklin Lei grew up in Hong Kong, where he played electric guitar in high school. His music teacher Mrs.  Heaton invited him to give his first public performance, at Christmas 1962 in School Hall, King’s College. Franklin came to the U.S. to study electrical engineering, taking an S.B. from MIT and a master’s from UC Davis. At MIT he played in dance bands every weekend to earn his living expenses. In graduate school Franklin began taking classical guitar lessons from Reed Maxson who was assisting Professor Theodore Karp in Renaissance lute research. This exposed Franklin to early music, and he eventually enrolled at the Musikhochschule Köln followed by the Schola Cantorum Basiliensis, majoring at both institutions in Renaissance and Baroque lutes, under Michael Schäffer, Eugen Müller Dombois and Hopkinson Smith. An invitation in 1979 to join Paul Bruthiaux and Tim Crawford collectively as The London Lute Ensemble led to a tour of England, Germany and Denmark. It also launched Franklin’s performing career. During the more than 2 decades thereafter, Franklin performed in numerous cities on 4 continents, playing in main stage events of the early music festivals of Regensburg (1989), Berkeley (inaugural 1990 and 1998), and Melbourne (2000). 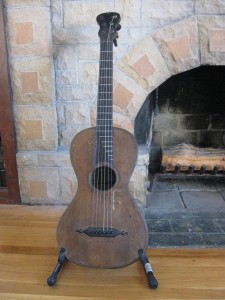 Throughout his career Franklin collaborated with many ensembles and noted early musicians. In 1995 he was Judith Nelson’s accompanist in her only Hong Kong performance at the City Hall Concert Hall. In 1998 he was Baroque guitarist with Ensemble Galilei in an Italian tour of Milan, Florence and Venice. In 2000 he completed a “Circle Pacific Tour” which began in San Francisco, through Tokyo, Nagano, Hong Kong, Melbourne, ending at the Berkeley Festival Fringe. Franklin has recorded 2 CDs of solo lute music on Marco Polo and Naxos, and 2 CDs with Ensemble Galilei on Stradivarius. He was instructor of lute at the Chinese University of Hong Kong during 1986-1994.

Since his 2008 appointment at the University Library of UC Berkeley, Franklin has curtailed his performance activities. But in November 2013 he was invited to perform Bach’s g-minor lute suite in School Hall at King’s College in Hong Kong, his first there in over 50 years. A tour of Hong Kong ensued, with 4 concerts, 3 lectures and 2 masterclasses. His videotaped recital at the Center for the Arts, Hong Kong University of Science and Technology is now available on YouTube: http://www.youtube.com/watch?v=r5X5dLo6ASY.