Concerto! Virtuoso Concertos  for diverse instruments by Bach and Telemann 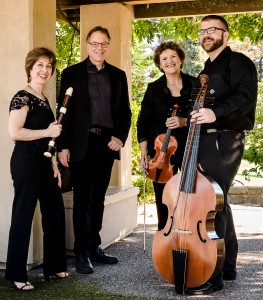 Musica Pacifica has, since its founding in 1990, become widely recognized as one of America’s premier baroque ensembles, lauded for both the dazzling virtuosity and the warm expressiveness of its performances.  They have been described by the press as “some of the finest baroque musicians in America” (American Record Guide) and “among the best in the world” (Alte Musik Aktuell).  At home in the San Francisco Bay area, the artists perform with Philharmonia Baroque and American Bach Soloists, and appear with many other prominent early music ensembles nationally and abroad. They have performed at festivals in Germany and Austria and have been featured on German National radio as well as on National Public Radio’s “Performance Today” and “Harmonia” and on Minnesota Public Radio.  Musica Pacifica’s eight CD releases on the Virgin Classics, Dorian and Solimar labels have won national and international awards, including the highest ratings in several CD magazines and being chosen as “CD of the Month” by the early music journal Alte Musik Aktuell (Regensburg).  The prestigious Gramophone Magazine (UK), called Dancing in the Isles “one of the zestiest recordings of recent vintage.” Fire Beneath My Fingers, was touted as “one of the most exciting Baroque recordings I’ve heard” on Audiophile Audition. Online, Musica Pacifica may be heard on radio station 1.fm, Last.fm, Celtic Radio, and Recorder-radio.com; and seen at youtube.com/MusicaPacificaSF. Please visit their website at www.musicapacifica.org. 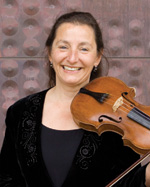 Katherine Kyme, violin, was a member of the Seattle Symphony, but after a year’s leave to study baroque violin in Vienna, she began to devote her energies to specializing in music before 1850. She has been a member of and frequent soloist and concertmaster with Philharmonia Baroque Orchestra since its debut season, as well as a founding member of the American Bach Soloists, the Arcadian Academy, the Streicher Trio,the Artaria Quartet, and the New Esterházy Quartet.  She is also an enthusiastic advocate and performer of music of the 20th Century and is energetically engaged in the training and education of young musicians, currently as conductor of the Junior and Intermediate level orchestras of the California Youth Symphony.

Charles Sherman has enjoyed a distinguished career as a harpsichord soloist and chamber musician since he joined the Aulos Ensemble after attending the Juilliard School.  A long time member of Musica Pacifica, he is also currently active with Philharmonia Baroque Orchestra in the San Francisco Bay Area and Emmanuel Music in his hometown of Boston.  With these organizations and many others, he has performed throughout the country on numerous prestigious concert series and at leading music festivals and has recorded extensively. 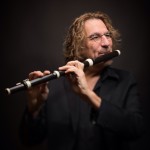 Stephen Schultz, called “among the most flawless artists on the Baroque flute” by the San Jose Mercury News and “flute extraordinaire” by the New Jersey Star-Ledger, plays solo and Principal flute with the Philharmonia Baroque Orchestra and Musica Angelica and performs with other leading early music groups such as Tafelmusik Baroque Orchestra, Apollo’s Fire, Portland Baroque Orchestra, Wiener Akademie, and Chatham Baroque.

An avid chamber musician, David Wilson plays regularly with Ensemble Vermillion and is a founding member of Archetti, the Galax Quartet, Tourmaline Baroque, and other ensembles. He has taught baroque violin at Indiana University, where he earned the Doctor of Music degree in Early Music, and he holds degrees in violin from Bowling Green State University in Ohio and The Catholic University of America in Washington, D.C. He is the author of Georg Muffat on Performance Practice, published by Indiana University Press.

Gretchen Claassen, a versatile chamber musician, often performs in diverse groups around the San Francisco Bay Area and beyond.  In addition to her work with MUSA and the Alchemy Trio, this season she will appear with American Bach Soloists, Portland Baroque Orchestra, Musica Pacifica, Nash Baroque Ensemble, and Wildcat Viols. Gretchen received a BM from The Juilliard School and an Artist Certificate in Chamber Music from the San Francisco Conservatory of Music.

Anthony Martin has been a founding member of and has made numerous recordings with the Boston Early Music Festival Orchestra, Philharmonia Baroque Orchestra, Orchestra of the 18th Century, Smithsonian Chamber Players, Aston Magna, The Bach Ensemble, and the Artaria, Novello and New Esterházy Quartets.  He is currently a Lecturer in Baroque Violin at Stanford University, where he also directs the Stanford Baroque Soloists.

Farley Pearce is active in the Bay Area early music scene on violone, cello, viola da gamba, and contrabass. He has played with baroque orchestras in Vancouver, Portland, San Francisco, and Los Angeles. Locally he performs with the Sex Chordae Consort of Viols, Pocket Opera, Philharmonia Baroque and the Albany Consort, as well as modern orchestras. He teaches privately and at the Music Discovery Workshop sponsored by SFEMS.