Stylus phantasticus wants to keep the listener awake by special effects, astonishment, irregular voice leadings, dissonances, variations in rhythm and imitation. It is a free, improvisational style which forces the audience to listen full of astonishment while wondering ‘how is this possible?’ “Dietrich Buxtehude’s Organworks: A Practical Help,” The Musical Times, 132:1777 (Mar., 1991)

This aptly describes both the historical and contemporary works on this program.  In borrowing and adapting the very structures, special effects, rhythmic motives, and techniques of variation, imitation and dissonance that made these seventeenth-century works so radical, the twentieth century composers represented on this program draw links to their musical ancestors that dissolve the distinctions between what sounds “old” and what sounds “new”. 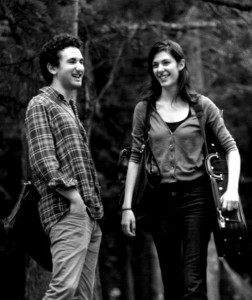 American violinist Elicia Silverstein has appeared as a soloist and chamber musician throughout the United States, Canada, Europe and Israel at venues including Carnegie Hall, Jordan Hall, King’s College Chapel, and the Opera House at the Tel-Aviv Performing Arts Center. Lauded by the press for her “advanced levels of technical mastery and refined musicianship” (Peninsula Reviews), Elicia’s performances have been broadcast on National Public Radio’s “From the Top” as well as Swiss and Italian national television. At age 12, Elicia entered the Juilliard School’s Pre-College Division, as a student of Louise Behrend and, later, of Curtis Macomber. The following year, she served as co-concertmaster of the Juilliard Pre-College Chamber Orchestra, performing twice as a soloist. A devoted chamber musician, Elicia has performed chamber music with artists including Robert Levin, Ani Kavafian, Timothy Eddy, Paul Coletti, Bonnie Hampton, Brooklyn Rider and members of the Ebene Quartet. She was the founding violinist of the New York-based Artemisia Trio, with whom she was a finalist at the 2012 Chesapeake International Chamber Music Competition. Elicia has also performed as a member of the New York-based chamber orchestra The Knights, with whom she recorded an album of Schubert and Minimalism for Ancalagon Records, released in February of 2012. In the past year, Elicia performed with duo partner, pianist/harpsichordist Daniel Walden, in Berlin, Cambridge (UK), Finland and the Netherlands on both modern and historical instruments. As a baroque violinist, Elicia has performed with groups including the Sweelinck Barok Orkest and the Amsterdam Corelli Collective and has worked with such esteemed conductors as Sigiswald Kuijken and Nicholas McGegan.

Elicia has a strong commitment to engaging audiences through explorative programs that combine old, new, known and obscure works. She has regularly collaborated with composers including Avner Dorman, Ellen Taafe Zwillich and Sebastian Currier towards performances of their works. Elicia recently earned her Bachelor of Music degree as a student of Robert Lipsett and Arnold Steinhardt at The Colburn School’s Conservatory of Music in Los Angeles, where she was selected to perform as a soloist with the Colburn Orchestra on numerous occasions and also served as co-concertmaster from 2011-2013. Elicia was awarded a prestigious Fulbright grant for 2013-2014 for study in the Netherlands under the supervision of Vera Beths, Anner Bylsma and Lucy Van Dael. Elicia plays on Jean-Baptiste Vuillaume violin crafted in 1856, and a Carl Friedrich Pfretzschner baroque violin from 1793 on generous loan from the Conservatorium van Amsterdam.

Daniel Walden has earned praise for his “extreme virtuosity” (Alex Ross, New Yorker) for his performances on harpsichord, and for his wide-ranging repertoire on both modern piano and historical keyboards. Daniel is a Berkeley native, where he studied with Rebecca Bogart and Sharon Mann, and is thrilled to be returning the Bay Area for this performance.

Daniel is a graduate of Oberlin College and Conservatory in Piano, Historical Performance, and Classics, he studied piano with Peter Takács and harpsichord with Webb Wiggins on a Conservatory Dean’s Talent Scholarship. At Oberlin, Daniel was awarded the Faustina Hurlbutt Prize for outstanding graduate in piano performance, the Pi Kappa Lambda award for Musicianship, and twice won the Louis and Annette Kaufman prize in chamber music. As winner of the 2012 Concerto Competition, he performed Schoenberg’s Piano Concerto with the Oberlin Chamber Orchestra; he also appeared as a soloist with the Oberlin Baroque Orchestra in Bach’s Concerto for Three Harpsichords in C Major, BWV 1064. He performed regularly with the Oberlin Contemporary Music Ensemble and was featured in Rand Steiger’s Double Concerto during the composer’s residency at Oberlin. He premiered Tristan Perich’s Dual Synthesis for harpsichord and electronics in a series of concert programs he organized with grants from the Oberlin Creativity Fund and the MetLife Meet the Composer Creative Connections Program. In 2012, he was invited to perform this program at The Kitchen in New York City at Carnegie Hall’s American Mavericks Festival.

This past year, Daniel has performed with duo partner Elicia Silverstein in Berlin, Cambridge UK, Finland, and The Netherlands. Daniel is also a member of Oerknal! New Music Collective, based in Amsterdam and The Hague. Previously, Daniel was selected as Artist-in-Residence Fellow in 20th and 21st century Music with the Cleveland Orchestra, with pianist Pierre-Laurent Aimard, performing in master classes at Severance Hall. He appeared at Kneisel Hall Chamber Music Festival, Aspen Music Festival, and Banff Piano Masterclasses. He premiered new music as a fellow at Norfolk Chamber Music Festival’s New Music Workshop, Bang on a Can, and New England Conservatory’s Summer Institute for Contemporary Performance Practice. Daniel worked with eighth blackbird and David Lang at Music11 New Music Festival at the Hindemith Institute in Blonay, Switzerland and gave a solo recital at soundSCAPE new music festival in Maccagno, Italy. He was featured twice on From the Top, performing at the Ravinia Festival and San Francisco’s Herbst Hall.

Daniel is also a PhD candidate and Presidential Scholar in Music Theory at Harvard University, after recently completing an MPhil with distinction in Music Studies at the University of Cambridge as a 2012 Gates Cambridge Scholar and Derek Cornwell Scholar in Instrumental Performance. His articles appear in journals including Greek and Roman Musical Studies, Music Theory Online, Early Music, and Iran’s Music Report Magazine (translated into Farsi). Daniel’s other interests include instrument building and historical piano restoration.