For the medieval mystic Saint Hildegard von Bingen (1098-1179), music was an opportunity for the human being to connect with the Divine. This program joins voices and harps to explore the essential nature of Hildegard’s music and texts that honor the Feminine Divine. Through word and tone, Hildegard’s music was created for the nuns of her convent to be lived, practiced, and embodied in  daily devotional services. Her music invokes praise, wonder, and, ultimately, universal meaning that echoes within the human soul. This celebration features long time friends and colleagues, Karen Clark, Cheryl Ann Fulton, Roy Whelden, and Frances Feldon—all of whom were students of Thomas Binkley at the inception of the Early Music Institute at Indiana University. Students of Karen Clark and Cheryl Ann Fulton join to form Vajra Voices and the medieval harp ensemble Angelorum for an uplifting hour of meditative medieval music. 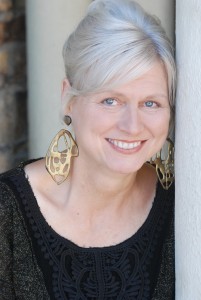 American mezzo-contralto Karen Clark has performed in prestigious festival and concert series throughout the world in repertory that spans medieval music, 19th century German song, and new music of the 20th and 21st centuries. Karen’s rich and varied career began when as a graduate student in Indiana University’s opera program and made her New York debut in Thomas Binkley’s reconstruction of the medieval Greater Passion Play (Carmina Burana ms.) Andrew Porter, writing for the New Yorker, praised Karen in the role of Maria Mater for her “fearless, affecting account.” Karen had the opportunity to sing the role again in the first Berkeley Festival after which Joshua Kosman (San Francisco Chronicle) wrote: “The evening’s most exciting performer was Karen Clark. Ms. Clark’s vocal power and riveting stage presence was an aching unforgettable display of pathos and musical subtlety.”

Karen went on to sing with some of the world’s leading early music groups, such as Sequentia, Boston Camerata, Newberry Consort, New York Early Music, Pomerium Musices, Project Ars Nova, Waverly Consort, and Joshua Rifkin’s Bach Ensemble. In oratorio, Karen has performed Bach’s Mass in B-minor with the National Chorale in Lincoln Center’s Avery Fisher Hall; with Rifkin—one on a part— in New York, Bressanone, and Western Australia. Karen is presented in recitals of lieder of Schubert, Schumann, Mahler, and Brahms, and most recently was heard in Arnold Schonbergʼs Pierrot Lunaire in San Francisco.

Karen has premiered numerous works written for her by eminent composers, such as, Fred Frith, W.A. Mathieu, Robert Morris, and Joseph Schwantner. Karenʼs recording of new music with the Galax Quartet, On Cold Mountain: Songs on Poems of Gary Snyder (Innova label) is available on iTunes. Her premiere of Ben Johnstonʼs song cycle, Parable-Poems on Rumi is due for release in 2014 on the Microfest label. Karen is also recorded on New Albion, Deutsche Harmonia Mundi, and Erato.

A devoted voice teacher and practitioner of the Feldenkrais Method®, Karen enjoys researching the mind/body connection and vocal technique in a wide variety of styles—including yodeling! Karen has taught in association with the music departments of Swarthmore College, Sonoma State, Princeton University, Stanford University, UC Berkeley, and in the Thornton School of Music at University of Southern California. Karen maintains private studios in Oakland and Petaluma and frequently presents
lectures and workshops throughout the Bay Area. For more information, please visit www.karenrclark.com. 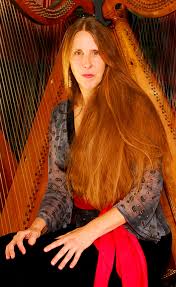 Recognized as a leading pioneer in the field of historical harps and a popular performer and teacher of Celtic lever harps, Dr. Cheryl Ann Fulton has enjoyed a wonderful international performing, recording, teaching and scholarly research career since 1984. She earned a BS degree in pedal harp, and an MM and DM in early music/historical harp/musicology from the Jacobs School of Music of Indiana University, Bloomington, where during her graduate work she was a dedicated student of Thomas Binkley. Dr. Fulton is a contributing scholar for the latest edition of the New Grove Dictionary of Music and Musicians and authored a chapter for A Performers Guide to Medieval Music (IU Press, 2000). She was awarded the Burton E. Adams Prize for Academic Research for her doctoral thesis on the history of the triple harp. In 1987 she received a Fulbright award for research and performance in Lisbon, Portugal and while there served as principal harpist for Portugal’s finest orchestra, the Orchestre Gulbenkian.

She has performed and recorded with many distinguished early music ensembles including Voices of Music, Ensemble Alcatraz, The Galax Quartet, Anonymous 4, Sequentia, American Bach Soloists, American Baroque, The Boston Camerata, Chanticleer, Carmel Bach Festival, and West Edge Opera Company. She served on the faculty for the Amherst Early Music workshops for over twenty-five years and was the first Director of the San Francisco Early Music Society Medieval Music Workshop. She is the founding President of the Historical Harp Society. Her solo recordings can be heard and purchased at http://magnatune.com/artists/fulton.

She is currently on the faculty of the Thornton School of Music at USC. She is a highly sought after teacher of her Touch & Tone Technique for Harp and has a private studios in the San Francisco Bay Area in Oakland, El Sobrante and Los Gatos, and also teaches via Skype.

When she is not harping, she is playing with and training her two Belgian Tervuren dogs or out riding her two Arabian horses on the trails in the East Bay hills.