By Heidi Waterman on April 25, 2022 in BFX Main-Stage, Uncategorized 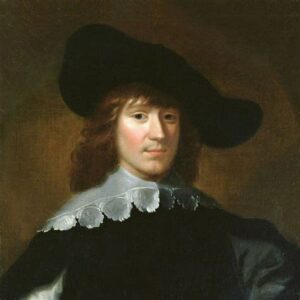 While we do not have an exact date of birth, we do know that William Lawes was born in Salisbury and baptized on May 1, 1602. His brother Henry, six years his elder, was also a composer; both boys sang in the Salisbury cathedral choir where their father Thomas was a lay vicar, and the two collaborated on several pieces.

William entered the household of the earl of Hertford about 1612 and in 1635 became a musician to Charles I, in whose employ he would spend the rest of his adult life. While there, he composed secular music and songs for court masques (and most likely played in them as well; he was considered to be a virtuoso lyra viol player), as well as sacred anthems and motets for Charles’s private worship. These days, however, he is perhaps best known for his viol consort suites for between three and six players and his lyra viol music.

His highly original and often virtuosic compositions made fresh use of historical forms by experimenting with tonal progressions and unusual dissonances not seen in late Renaissance music, breaking up melodies with variations in rhythm and articulation, and creating movements that anticipated, in many ways, the single-movement symphony of late 19th-early 20th century.

As a member of Charles I’s court, he was a staunch Royalist, fighting in the English Civil Wars (1642-51). Sadly, that loyalty cost Lawes his life, as he was shot by Parliamentarian forces in a skirmish during a siege of the town of Chester on September 24, 1645, when he was only 43 years old. Devastated by the loss, the King instituted a special mourning for Lawes, honouring him with the title of “Father of Musick.” 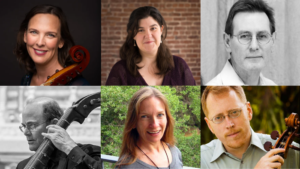