By Heidi Waterman on April 12, 2022 in BFX Main-Stage, Uncategorized 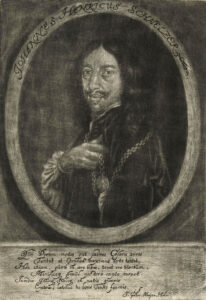 During the Baroque, it’s undeniable that an enormous amount of music came out of Germany and Austria: even a casual online search for Baroque composers reveals a large number of Germans, and if you toss in the Austrians (Johann Joseph Fux and both Bibers—Heinrich Ignatz Franz and his son Carl Heinrich—among them), you end up with well over 300 composers…that we know of.

Apparently, Johann was a popular name with the parents of Baroque babies: in addition to the Bachs (of which there were ELEVEN including Johann Sebastian), we have Johann Jakob Froberger, Johann Joseph Fux, Johann Caspar Kerll, and many, many more.

One of these Johanns, Johann Heinrich Schmelzer—in addition to being one of the greatest violinists of his day—added substantially to the development of violin technique, moved the use of sonata and suite forms in Germany and Austria forward, and was an influence on all the German and Austrian composers who followed him, especially Heinrich Ignatz Biber.  Schmelzer’s Sonatae unarum fidium was the first collection of sonatas for violin and basso continuo to be published by a German-speaking composer (the field of violin composition and technique having been, until then, mostly dominated by Italians).  Schmelzer also worked in the court chapel of Ferdinand II, alongside fellow musician/composers  Johann Jakob Froberger (yes, another Johann!),  Giovanni Valentini, and Antonio Bertali. Eventually, he was appointed Kapellmeister for Emperor Leopold I; sadly, he died of the plague only a few months after the appointment. 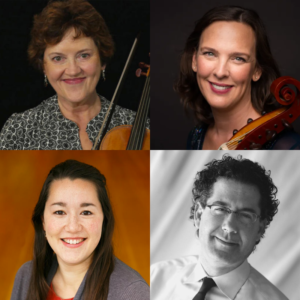 On Wednesday, June 8 at 4 PM at the Conservatory of Music in San Francisco, hear chamber music of Johanns Pachelbel, Schmelzer, and Froberger, alongside other TEUTONIC TITANS of the 17th century Baroque, in a concert featuring early music virtuosi Elizabeth Blumenstock, Elisabeth Reed, Cynthia Keiko Black, and Corey Jamason!

You say Trecento, I say Ars Nova…
Charles Burney and A General History of Music