By Heidi Waterman on April 5, 2022 in BFX Main-Stage, Uncategorized 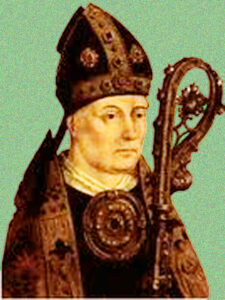 Last week, we looked at the Italian side of the 14th century; this week, we peek at the French side. What the Italians called the Trecento, the French called Ars Nova…although the latter became the general term by which all European polyphonic music of the fourteenth century was known.

As previously mentioned, France and Italy shared a lot of ideas between them, so there is some controversy about which country developed the Ars Nova; while last week we mentioned that the Trecento forms borrowed heavily from the French troubadours one hundred years earlier, and the innovations of the Ars Nova are credited to the writings of Jean de Muris and Philippe de Vitry in the 1320s, there are writings from an Italian music theorist and composer, Marchetto da Padova, which potentially predate even these.

Quibbles about provenance aside, the Ars Nova period flourished in the Middle Ages, approximately from the 1310s (the publication of the Roman de Fauvel) to 1377 (the death of Guillaume de Machaut).  The seeds for the modern notation of rhythm and time meters were sown during this time: notes could be written with greater independence, breaking away from the limitations of the rhythmic modes that had dominated in the 13th century; secular music grew more polyphonic, matching the sophistication of sacred music; and new techniques and forms, such as isorhythm and the isorhythmic motet, became popular. As a result of these innovations, music gained much greater expressiveness and variety than was heretofore possible. 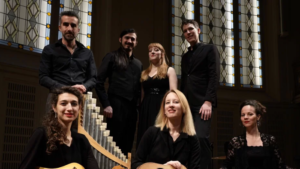 On Sunday, June 5 at 7 PM, you can hear the new-found expressiveness and variety of the Ars Nova in our opening concert with the Basel-based SOLAZZO ENSEMBLE!